It looks like I am not the only Asian, who recognized that Elliot Rodger is not quite as white as people think. Although Rodger identified as white, his obsession with blondes may have stemmed from the fact that he didn’t feel white enough. Although Asian voices are seemingly invisible, they can provide valuable insight. This is a close reading of Rodger’s Manifesto by writer Jeff Yang.

But after seeing him consistently described as fitting the “typical mass shooter profile” of a young, mentally disturbed white loner, I realized that both the conventional news and much of social media were making a profound and possibly important error. Because if you’re Asian, a single look at his picture is all you need to realize that Rodger was not white.

Being a Eurasian that doesn’t pass for white, who has a brother that does and identifies as white, I can tell what you look like is not insignificant in how people perceive you and treat you. Although I was recently told by a co-worker that she didn’t know how people recognized me as Asian because I didn’t have tiny eyes. Yang’s analysis is pretty much spot on in what Americans are raised to value.

It turns out that Rodger’s mother is a Malaysian Chinese nurse, who works for film productions. Rodger came to internalize racism against other races and even Asians growing up around the film industry.

In fact, based on the memoir-cum-confession that he left behind, Rodger’s murderous rage was rooted in an obsessive self-hatred, born from his belief that he was entitled to, and thwarted from obtaining, a trifecta of privileges: Race, class, and gender. He saw himself as not quite white enough. Not quite rich enough. Not quite “masculine” enough, in the toxic, testosterone-saturated way that that term is defined in our society.

“I came across this Asian guy who was talking to a white girl. The sight of that filled me with rage. I always felt as if white girls thought less of me because I was half-Asian, but then I see this white girl at the party talking to a full-blooded Asian. I never had that kind of attention from a white girl!

“And white girls are the only girls I’m attracted to, especially the blondes. How could an ugly Asian attract the attention of a white girl, while a beautiful Eurasian like myself never had any attention from them? I thought with rage. I glared at them for a bit, and then decided I had been insulted enough. I angrily walked toward them and bumped the Asian guy aside, trying to act cocky and arrogant to both the boy and the girl.”

In his mind, attaining a white girl would show everyone that he was one of the “cool kids”,and not an “ugly Asian.” I don’t look at this new information about his race as the key to how he became unhinged. It is more interesting to me how toxic the messages our society sends out about what is valuable in a person.

It is still odd that Rodger’s values were so two dimensional and shallow. That he never learned to value things outside of the narrow white supremacist end of the spectrum. We all get these messages as soon as we begin to understand that people are different skin tones. I didn’t know I was different in the mostly white kindergarten I went to until I was teased about it. But throwing a temper tantrum about it won’t change a thing. Learning to unlearn stereotypes and getting to know people as individuals is by far a more enriching experience.

June 7, 2014 What's with all this pointless posturing?
Recent Comments
5 Comments | Leave a Comment
""like when they ignore all my questions and won’t acknowledge my answers either"That's because, as ..."
Ben B Faith Defined
"A Fidel Reads the Catechism:"Faith is a gift of God, a supernatural virtue infused by ..."
See Noevo Faith Defined
"Thank you for all the hard work that went into research and careful editing that ..."
SecMilChap Faith Defined
"In practice, you're right about the circularity of faith.It's used similarly to "my certainty is ..."
Castilliano Faith Defined
Browse Our Archives
get the latest from
RA
Sign up for our newsletter
POPULAR AT PATHEOS Nonreligious
1 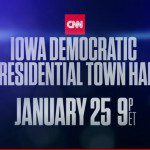 Nonreligious
Last Chance to Hear Out the Democrats
RA 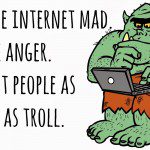