Victory for Science in Texas!

Just when you thought Texans couldn’t catch a break down here, finally there is good news to report.

BREAKING NEWS: Climate-change denial will not be found in any social studies textbooks considered by the State Board of Education.

In a last-minute reversal, two publishing heavyweights, Pearson Education and McGraw-Hill, have both confirmed that they will submit corrected textbooks this week.

Those of you who have been contacting the publishers, signing the petitions, spreading awareness, and testified in September have made a difference. Texas could sure use good news for a change. Here are some other changes they have agreed to make.

The State Board which is still run by fundamentalists Barbara Cargill and Ken Mercer, is going to hear testimony this Tuesday on remaining changes that still need to be made. Here are two petitions to sign by the good people at the Texas Freedom Network. They have worked with Americans United for the Separation of Church and The National Center for Science Education in alerting publishers to the Boards shenanigans with the Social Studies standards.

This is good news for Texas too, because perhaps they will clean up the other factual inaccuracies such as Moses being portrayed as responsible for American democracy! Petition!  It will save the taxpayers money here because secular organizations won’t have to sue the state to keep church and state separate.

Take Heart! Their power is waning, and now Cargill has taken to scolding new board members about speaking out and presenting a less than respectful looking board. Here she scolds fellow Republican (just not as theocratic as her) Thomas Ratliff after someone on the board illegally leaked his private email to a right wing blogger…

“Your letter and now this message are in direct contrast to what I (and you too) have worked so hard on for the last 3 1/2 years and that’s to being [sic] the board back together to work in a professional, respectful way. This did the board no favors and you no favor. I’m not saying it should have been made public but any correspondence sent to the entire board has the potential to be forwarded.”

In the email he is being chastised for, he cautioned them to stop the political pandering, as they are losing jurisdiction and respect for the board.

If we ever hope to regain some of our previous jurisdiction, we need to put politics aside and put our focus back on real issues facing the classroom.  We have one more formal meeting in November before the beginning of the 2015 legislative session.  At this meeting, we will make recommendations to the legislature for items we would like them to consider.  I can only hope we will keep our eye on the ball and not let distractions or political pandering rule the day…..again.

If anyone should be chastised for presenting a disrespectful demeanor to the public; it is Cargill and her colleague Ken Mercer. They couldn’t praise a white naval officer in uniform enough for his military service during his testimony glorifying American naval battles in September, but then chastised a Latino military member, who disagreed with them for appearing in uniform. It is against military policy for unauthorized military members to comment publicly on issues in uniform.

In any case, if you are still are interested in testifying on Tuesday, this is a link to sign up. The final vote on Social Studies textbooks adoption is this Friday. Without the efforts of hundreds of Texans, the board would have adopted grossly inaccurate textbooks. At least this has been mitigated somewhat.

November 10, 2014
Interstellar and the dangers of anti-intellectualism.(Minor Spoilers)
Next Post 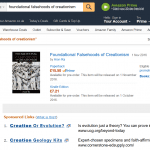 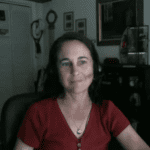