“In God We Trust” is Unconstitutional.

“In God We Trust” is Unconstitutional. September 29, 2015 Lilandra Ra

Here in Texas Christians love the national motto, so much that back in 2007 they chiseled and defaced the stone in our Senate chamber with it.

The reasoning according to our now Lt. Governor Dan Patrick goes like this:

“There will be times when all of us sit at our desk, and we’ll be able to look at the words, ‘In God We Trust,’ and maybe get us through those times,” Patrick said.

In those late-night, contentious sessions, members will be able to look up at those words, “and know that God is looking out for us,” Patrick said.

And what about any member, or citizen coming to testify before the Texas Senate that isn’t a Christian, or even a monotheist, or even a theist at all? What will they think when they look at it? Does the Christian god (Let’s face it that is the god in that motto) also look out for them if they want for example to marry their same-sex partner?  Let’s roll with this motto into some day in the future if/when the majority worship an Islamic god. Will Christians look to that motto that now means Allah, and feel reassured that a government run by a different religion is looking out for them?

You know these chiselers never look at it that way, because they have the numbers to push deists, pantheists, polytheists, and nonbelievers out of the way.  As you might expect many Christians are fond of reminding every taxpayer that though they pay taxes Christians are more represented in our public services. JT Eberhard of “WWJTD” reports that  the police department in Childress, TX has taken on the latest Christian fad of plastering our national motto, “In God We Trust” on state owned police vehicles. This police department has become so entitled to making public services a Christian clique that they actually sent a letter to the Freedom of  Religion Foundation to, “Go fly a kite!”

This is happening in police departments all over the country. Atheists are often portrayed as petty for battling to have this motto taken off the nation’s currency. However, as the disdain for atheists by the Childress Police Department  shows, people with minority religious views need to be protected from the tyranny of the majority. Atheists also pay taxes for the police department to protect and serve their area. The national motto violates the Establishment Clause of the Constitution.

The national motto needs to be changed, and lobbying officials hell bent on establishing Christianity as the state religion isn’t working. Our government federal, state, and local doesn’t exempt non-christians from paying taxes, so it takes a lot of cheek for government officials to tell atheist citizens to go fly a kite. This atheist would like to see one of our orgs challenge the national motto all the way to the Supreme Court.

September 23, 2015
The Imposition - my presentation to PAStAHcon
Next Post 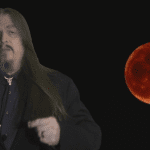 September 29, 2015 Four Blood Moon Tetrad nonsense
Recent Comments
0 | Leave a Comment
Browse Our Archives
get the latest from
RA
Sign up for our newsletter
POPULAR AT PATHEOS Nonreligious
1