Rubio: Our Rights Come From God

Last night’s Republican debate was Florida Senator Marco Rubio’s next to last opportunity to pitch his candidacy to primary voters before the Iowa Caucuses on February 1st. The next debate will be in Iowa itself on January 28th. It should really come as no surprise to anyone following his campaign that for his closing sales pitch of the debate that he repeated this claim:

You know 200 years ago, America was founded on this powerful principle that our rights don’t come from government our rights come from God. 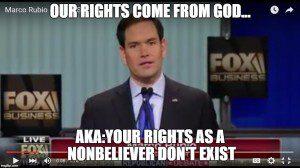 Of course, he has made this claim before last April speaking at the Iowa Faith & Freedom Coalition. Apparently, Rubio feels that God is a selling point to Iowans. Whether he is right about Iowans or not, if the Founding Fathers actually thought that rights come from God and not government why isn’t this “powerful principle”  mentioned anywhere in the Constitution?

It has often been seen on the Internet that to find God in the Constitution, all one has to do is read it, and see how often the Framers used the words “God,” or “Creator,” “Jesus,” or “Lord.” Except for one notable instance, however, none of these words ever appears in the Constitution, neither the original nor in any of the Amendments. The notable exception is found in the Signatory section, where the date is written thusly: “Seventeenth Day of September in the Year of our Lord one thousand seven hundred and Eighty seven”. The use of the word “Lord” here is not a religious reference, however. This was a common way of expressing the date, in both religious and secular contexts

Hidebound Republicans like Rubio often thump the Constitution when they want to justify tax cuts or their right to bear arms. Not so much when it comes to the Establishment Clause, which prohibits establishing a state religion. The Constitution does enumerate which specific rights government and citizens have, but it never once states that these rights come from God.

This ahistorical claim is not only inaccurate, but common GOP rhetoric. This extra-Constitutional interpretation should be a concern to nonbelievers and non-Christians alike as filtering human rights through whatever Christian sect that holds power deprives them of fundamental rights like ironically freedom of religion. Freedom of Religion was a concept near and dear to the Founding Fathers, who escaped religious persecution from other Christians.

So nonbelievers are not the only ones, who should worry about our government being run by people, who think they should rule based on their sect’s interpretation of the Bible. America struggled with sectarian violence from the beginning with Puritans persecuting Quakers. In order for any rights to mean anything, they have to be a human birthright. Otherwise, the powerful decide who gets to be treated like a human being. That is not to say that perhaps we should think of rights being conferred to people. And perhaps non-humans such as dolphins, elephants, octopuses, etc. should be classified as people, who have rights such as not being indiscriminately murdered.

Our international friends and some who live here express disbelief that America would vote for such backward, theocratic politicians. Unfortunately, having a front seat to Texas politics gives you a more realistic view of what people can be hornswoggled into voting for. Nobody watching Donald Trump’s rise in popularity can possibly say that theocrats are strictly a Southern problem. Besides, scoffers only have to look at the Bush dynasty for evidence it isn’t simply a local problem. 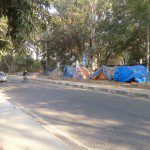 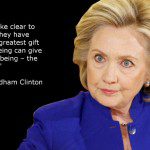 January 17, 2016 Clinton: National Security Concerns
Recent Comments
0 | Leave a Comment
Browse Our Archives
get the latest from
RA
Sign up for our newsletter
POPULAR AT PATHEOS Nonreligious
1