Finicum’s Martyrdom: Why Officers need to break ranks with their own unlawful killers

Finicum’s Martyrdom: Why Officers need to break ranks with their own unlawful killers January 27, 2016 Lilandra Ra

The lack of justice for recent publicized cases of rogue officers murdering unarmed black people has generated widespread public mistrust of law enforcement. Mere moments after, Bundy militant LaVoy Finicum was shot for reportedly charging the FBI after trying to escape arrest in his truck. Bundy sympathizers are already trying to deify him as a martyr, who was shot while cooperating with the police. A particularly egregious example of this comes from a state Assemblywoman Shelly Shelton (R) from Nevada. The same state where Ammon Bundy’s father Cliven Bundy wasn’t brought to justice for an armed standoff with the Bureau of Law Enforcement.

If my Sunday School memories serve me correctly, Jesus admonished Peter for cutting off the ear of a Roman soldier trying to arrest them, and replaced the ear.

Text on Shelton’s Facebook:  In any given generation there are men who are willing to stand for what they believe. Most of the time they are demonized and the uninformed are made to believe they are criminals.From Moses who killed an Egyptian for abusing his people, to Jesus who died on a cross as a condemned criminal, many of those who operate outside the box and promote love and justice over the current form of government are treated as outcasts and many times murdered. Today we were reminded that the power of evil is still alive and well as LaVoy Finicum was gunned down and murdered in Oregon. LaVoy was a man who had documented the suffering to which he and his family had been subjected, via the heavy hand of the government, through his writings and his videos.

This was her defense when she was called out for rather uncritically promoting a White Christian to sainthood in comparing Finicum to Moses and Jesus, and not speaking out publicly about the unarmed (key difference) black lives that were lost to police brutality.

Text: There have been some calls and questions regarding a false assumption that because I am a Christian and a Republican I must believe that only “White Lives Matter”. My record shows that I believe ALL lives matter. I sponsored legislation to require accountable bodycams on all officers for their protection and the protection of the public. All the public. I sponsored legislation to eliminate felony charges on first time offenses for crimes with no victims because we lock up too many of our citizens of all races. I sponsored legislation to give all rights back to those who had committed crimes in the past after they have shown they have rehabilitated. I refused to vote for any law that made new crimes. We have so many crimes on the books already we can’t even keep up with them. My belief is that violent criminals must pay, but those who are doing no physical violence are not cattle or vermin to be shot at the whim of any who might deem their lives worthless. My stand for LaVoy is based on his own personal deeds of non-violence that were met with violence and death. I would and have have stood with any and all others who have shared the same fate. I’m not your Father’s Republican. My Republican ideals go back a lot farther than that.https://www.leg.state.nv.us/…/N…/REL/78th2015/Bills/Sponsors

*Update: She is also an uncritical Ken Ham supporter:

Her uncritical defense of Finicum, that he wasn’t a violent criminal, is not corroborated by some of the witnesses, who say they were there. Melvin Lee posted this in a video to his  Facebook:

“There happened to be some arguments between the guys in the truck,” Lee said. “Somehow they got Ryan Payne pulled out of the truck, apparently. LaVoy had took off — he ended up hitting a snowbank, I guess, trying to get around the blockade. After he hit that snowbank, he came out of that truck and he charged at the law enforcement (officers) — as I understand it.”

Of course if his story is corroborated, he could be making a deal to testify against the Bundy Militia. So hopefully this shooting was caught on a police camera, because there have been egregious examples of police cover ups of unjustified homicides by police. Like for example, Cleveland’s police chief and public prosecuter had uncritically defended and misrepresented evidence of the unjustified shooting  Tamir Rice, a child playing with an airsoft gun. That is why it is important for law enforcement officials to speak out en masse publicly, and name and shame police that commit unlawful killings.  Police and their supporters were able to launch a misguided #BlueLivesMatter campaign in response to #BlackLivesMatter that was on 150 billboards, Facebook, and Twitter.

The whole point being missed by #BlueLivesMatter and by Shelton’s claim #AllLivesMatter is that #BlackLivesMatter isn’t saying that black lives matter more or that white lives or police lives don’t matter. #BlackLivesMatter means black lives matter too, and that the unjustified killing of black people,who have been denied justice disproportionately. Because in reality, as seen by the disproportionate lack of justice for the unjustified murders of blacks like Tamir Rice –shows that black lives have mattered less. Law enforcement has public spokespeople and large public support movements let’s see them leverage that to make their ranks more accountable and worthy of public trust. 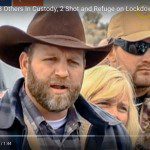 January 26, 2016
Report: Ammon Bundy and others in custody (Updated)
Next Post 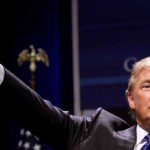 January 28, 2016 Trumpless Debate Tonight
Recent Comments
0 | Leave a Comment
"Brothers and sisters...Let's help orphans and needy people in Indonesia with usPlease support us at ..."
Mukhlis Kurnia Aji An Infidel reads Sūras 76, 65, ..."
"i guess its left up to me and me alone to try to deprogram my ..."
Valley Boy An Infidel Reads the Qur’an – ..."
"What is the use of having comments, when mine, perfectly polite, went to moderation and ..."
Rick O'Shea An Infidel Reads Sūrah 8
"I have no idea how you are able to slog through this, Aron. It’s like ..."
Mr. A An Infidel Reads Sūrah 8
Browse Our Archives
get the latest from
Nonreligious
Sign up for our newsletter
POPULAR AT PATHEOS Nonreligious
1