This has been a fascinating election season. This year produced the best candidate I’ve ever seen in my life, and contrasted him against a collection of contenders who should not be allowed in office for various reasons. As i said in previous posts, I used to like Hillary OK until I started paying attention. Now I see her as a corrupt vindictive self-serving hawk who continue to enrich herself while scorching the middle east and killing kids on both sides. Even if she were not an obvious puppet of the corporatacracy, she would still be a shitty president. Yes, she’s better than any of the Republican candidates. But that’s not saying much, is it? I’m not even going to talk about them, because they don’t appear to have any connection to, nor perception of -reality. The same goes for their supporters of course.

However, I’m mystified by the Hillary camp. Why is anyone voting for her? Have they not been paying attention to like anything she’s done in the last couple decades at least? The leading reason that I have heard from people as to why they’re voting for her, seriously, is that she is a woman. That is the hands down winner. That’s why I wish Elizabeth Warren had run too, so that Democrats would have to better evaluate their choices. They don’t choose Hillary on policy. I’ve never heard anyone brag about anything she’s actually done. Instead they make excuses that no one can prove she really did that. Or else she’d be indicted. She won’t be anyway. We all know that, don’t we?

Yet the next thing they say is how they believe that she will be a better president than Bernie. It’s when we get into the reasons why that things get confusing. Again, have they not been paying attention? I’ve already talked about my list of complaints against her, and I’ve already defended how Bernie really could get things done better than she can, especially considering what all these other countries are already doing. If they can, why can’t we? We did once upon a time! Bernie also has more experience in politics than she does, and his record is laudable, best I’ve ever seen. By contrast, her experience in foreign policy should be a strong reason to vote against her. Pick your reason. I’ve got plenty.

In my opinion, and to my personal experience, no one has a good reason to vote for Hillary, not in the primary anyway. But what I want to comment on today is the absolute worst reason I have ever heard for why people chose to vote for Hillary: because she can win.  I have actually heard people say they prefer Bernie, but they’re going to vote for Hillary because she can win. I don’t understand how they don’t understand that if people vote for Bernie, then Bernie could win. Why are they voting like sheep? More people are voting for her? Then I’ll have to vote for her too. No! You vote for the one you want to win regardless which one you think is winning. Why don’t people get that?

So after Bernie had a bunch of landslide victories in a row, I heard an awful lot about ‘momentum’. That shouldn’t mean anything. But what it does mean is that some people looked up and said, “People are voting for Bernie now? OK, I’ll vote for Bernie now.” How many times have you heard someone admit that they’re only voting for the one they think is winning because they think that person will win? I’ve heard that in every election cycle I’ve ever participated in, and it has always confused me. Momentum shouldn’t change your opinion of that candidate, their party, or their policies. Their policies and the issues should always decide how you’re going to vote regardless which candidate is more popular this week. It doesn’t matter what anyone else thinks. It’s your vote. You should decide which one you would rather have, and vote for that one -even if they’re not popular. Because what is voting for the popular one going to do for you, if that’s not the one you want? What if other people also decided to vote for the one you want, even if they’re not doing well in the polls right now Then you get upsets and surprise victories. But no. An awful lot of people are just followers. I’m sure that whoever you are, you know what I mean, because you’ve seen it too. They’ll vote for the one they think will win -even if they don’t want her to win. 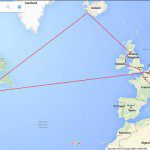 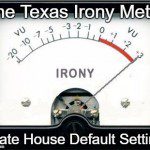 May 13, 2016 Texas Governor and Supreme Court Prioritize Bathrooms over Classrooms
Recent Comments
0 | Leave a Comment
Browse Our Archives
get the latest from
RA
Sign up for our newsletter
POPULAR AT PATHEOS Nonreligious
1 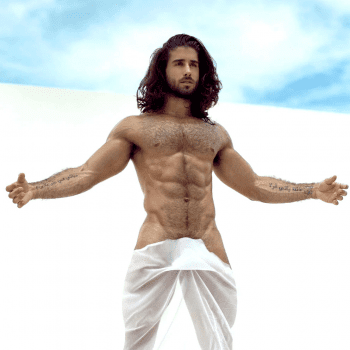 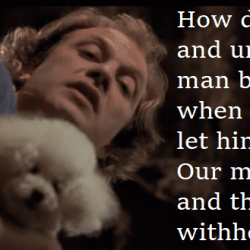 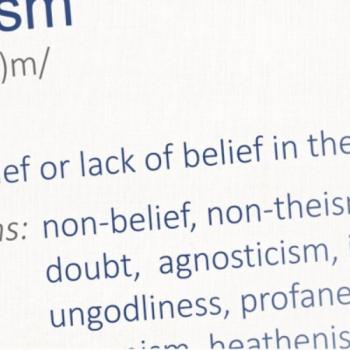 Nonreligious
If you don't believe in any god, you're...
RA
TRENDING AT PATHEOS Nonreligious