Sorry Texans! The priority in education for Texas government is to stop transgender students from using the appropriate bathroom. Our Lt. Governor Dan Patrick, called this week for the resignation of Fort Worth Superintendent Kent Scribner allowing the district’s transgender students to choose their own bathroom.

“Without any discussion with parents, board members, principals, and other community leaders, Dr. Scribner’s unilateral action underscores this lack of fitness to hold his position as superintendent,” Patrick said in a prepared statement. “I call upon the parents within the Fort Worth ISD to take immediate steps to repeal this stealthy scheme and remove Dr. Scribner from his post.”

However when you check with the board:

Fort Worth ISD Board President Jacinto Ramos, Jr. defended Scribner on Monday, saying,” We have enormous confidence in Superintendent Kent P. Scribner, his team, and our Board.”

And also support came from other district leaders:

Dallas ISD trustee Miguel Solis also quickly came to Scribner’s defense Monday, tweeting, “The notion that every superintendent is going to need to check in with the Lt. Gov. before creating regulations is absurd.”

The situation here is more than a little ironic.

Unfortunately for tax payers, the Texas Governor Greg Abbott has a record of draining the state coffers for litigation as he sued the Obama administration 31 times.His replacement Ken Paxton is now up to 38 lawsuits and counting. So Texans can expect to see the issue in court because Gov. Abbott has a history of using the state treasury to defend religious intrusions into government institutions like this one into students’ private toilet habits. Another such intrusion, his promise to defend “In God We Trust” decals on police and fire department vehicles that are paid by theists, polytheists, and non-theists alike.

Yet there is another layer of irony to Texas’s decisions regarding public schools. Today, the Texas Supreme Court unanimously supported Texas’s past decisions to defund public education. School districts dragged the state into court over cutting the budget in half while expecting schools to educate 100,000 more students every year due to increasing population. So Texas schoolchildren get more crowded classrooms and inept over-testing to break the system and then blame the system.

But the court gave legislators no mandate to change a system it described as “ossified” and ill-suited for the 21st century, and proposed school finance fixes could easily be overwhelmed in a 2017 legislative session that will be dominated by a tight budget and hot-button issues that will include religious freedom, transgender bathrooms and researchers’ use of fetal tissue.

Texas’s Constitution mandates funded public education. So here’s the next level of irony:

“The Supreme Court’s decision ends years of wasteful litigation by correctly recognizing that courts do not have the authority to micromanage the state’s school finance system,” Abbott said.

So litigation over properly funding the education of Texas’s schoolchildren is wasteful, but promising litigation to defend religious authority over the state’s bathrooms and civil service vehicles is not?

*Update More bad news for Texas schoolchildren. Lt. Governor Dan Patrick will refuse billions of dollars of Federal funds for schools that he just fought to defund over President Barack Obama’s executive order to allow transgender students to use the bathroom of their choice.

Patrick described the administration’s threat to withhold federal funding from schools that did not comply with the directive as blackmail, saying the president “can keep his thirty pieces of silver.”

“And let me point out something. The schools in Texas get about $10 billion over our two-year budget of federal funds. The majority of that is for free breakfast and free lunch, through the food program through the Ag Department,” he said. “So Barack Obama, if schools don’t knuckle down to force girls showering with boys and force 8-year-old girls to have to endure boys coming into their bathroom, he’s taking money from the poorest of the poor.”

So he will stake poor students’ lunch money to impose his religious beliefs on transgender students.

As a Texas teacher, I just shake my head at my colleagues that either voted for this administration instead of Wendy Davis, who heroically filibustered the budget that now created the mess in their classrooms or didn’t vote. Texans didn’t turn out to support her, though she fought for Texas school children. Abbott and Co. were voted in with less than 30 percent of the Texas voters in the state’s midterms.  Many allowed religious manipulation of her as “Abortion Barbie” to cloud their reason.

When will Texans wake up to the fact that the government’s business is to serve its citizens rich and poor and not to waste time and tax dollars dictating religious beliefs? 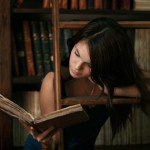 May 21, 2016 Professor of Atheism?
Recent Comments
0 | Leave a Comment
""• Hebrews 11:1: “Now faith is the assurance of things hoped for, the conviction of ..."
Lerk! Faith Defined
""like when they ignore all my questions and won’t acknowledge my answers either"That's because, as ..."
Ben B Faith Defined
"A Fidel Reads the Catechism:"Faith is a gift of God, a supernatural virtue infused by ..."
See Noevo Faith Defined
"Thank you for all the hard work that went into research and careful editing that ..."
SecMilChap Faith Defined
Browse Our Archives
get the latest from
RA
Sign up for our newsletter
POPULAR AT PATHEOS Nonreligious
1

Debi Pearl and the Seed Corn
Over the past few weeks Michael and Debi Pearl have been promoting...

Evangelicals Don't Do Opposite-Gender Friendships (Here's Why)
If you spend much time reading evangelical literature---and I have---you'll find that...
view all Nonreligious blogs
What Are Your Thoughts?leave a comment
Copyright 2008-2020, Patheos. All rights reserved.