If you needed another reason to go to Reason Rally…

More than a few atheists (unfortunately), who are angry at Reason Rally for standing up for Reproductive Rights and LGBTQ equality, are refusing to go.

I can’t say I will miss the unwarranted hostility because there will be plenty from creationists like Ray Comfort. Aron posted a video commenting on the diversity of viewpoints despite what anti-feminists believe and triggered a bunch of angry anti-social justice  commenters. 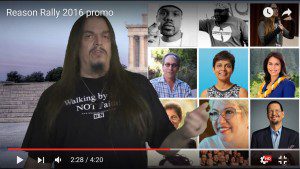 It’s disheartening to see some of the comments that show that a few atheists can be transphobic as much as any Christian. This is the comment I posted:

This video was not directly about feminism. Aron simply pointed out the diversity of speaker viewpoints. On what may have triggered them, the Reason Rally supports LGBTQ and reproductive rights. Perhaps they are commenting from countries in Europe where people have full abortion access. This is America where it was decided large Christian companies could exempt birth control from insurance for no other reason than “religious freedom” and a flat out war on women. Not just Texas, where we live but all over this country, abortion access has been so stymied that abortion clinics have been closed. 100,000 Texas women have tried home abortions because 30 of 40 abortion clinics have been closed. A woman here was forced to give birth to a stillborn child. The religious run the Texas government and they waste our time and tax dollars for bill after bill restricting abortion access.

ON LGBTQ, our government will refuse billions of dollars of aid for schoolchildren, so they won’t comply with federal mandates allowing trans-students to use the bathroom of their choice. This is not Europe except perhaps Ireland and Poland that has this level of religious control of the government. Therefore, people are commenting out of ignorance of how much religion is hijacking the government even if they are American out of tunnel vision and kneejerk hatred of their strawman of feminism popularized by atheists that comment with authority on something they have given little critical thought to.

So I will see all the humanists there, who know that the definition of being a humanist does not exclude feminism or LGBTQ rights. It’s really simple women and LGBTQ are human and inequities particularly ones exacerbated by religion can be solved by good people through reason. 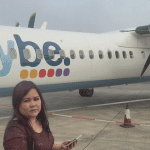 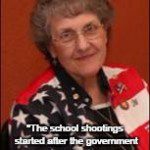 May 24, 2016 Victory in Texas! Mary Lee Bruner Defeated in State Board Run Off
Recent Comments
0 | Leave a Comment
"That cactus like plant, the Euphorbia abyssinica is quite an amazing sight. I saw the ..."
John Thimakis An Infidel Reads Sūrah 17
"Possibly, but I'm doubtful. I've not heard of even anecdotal accounts of a religious person ..."
abb3w Atheist vs Religious Accountability
"They're telling us what they would do, if not for their faith holding them back."
ThatGuy Atheist vs Religious Accountability
""I have to say that leftists are far more prone to retreat to an echo ..."
Mr. Annoying Did Trump commit impeachable “High Crimes ..."
Browse Our Archives
Follow Us!