The Raw Report is reporting that Carol Everett has been awarded a 1.65 million dollar grant for her Heidi Group that seeks to dissuade women from having abortions. I debated Carol Everett on the legality of abortion last October and she made many claims that just don’t pass scientific muster.

Since then, she has been testifying in favor of Texas’s new effort to hassle women into giving aborted fetuses a burial. Again she made outrageous claims:

According to The Austin Chronicle, Everett testified about her concerns of an impending public health disaster if fetuses were flushed down toilets. She argued that the general public could be afflicted with STDs or even HIV due to fetuses flooding the sewer systems.

The Texas Legislature, rather than scoff in disbelief like a responsible governing body, rewarded 1.65 million dollars of the state of Texas’s tax money. Texans work hard for their money and what are Everett’s plans with her portion of their earnings?

So far the Raw Report is saying that the Heidi group website is to be used as a crisis pregnancy center referral service and that the pages are not posted. Crisis pregnancy centers are often run by Christian groups that only hire Christians and seldom offer actual reproductive health services like contraception and cancer screenings. They are also often government funded and legally shouldn’t be able to discriminate on who they hire.

Handing taxpayer money over to Everett is a travesty to Texas taxpayers. It is also testimony to the Texans that voted in a government that tells Christians  what they want to hear and funds sham healthcare with their money. At the same time, the Legislature has been hellbent on closing clinics like Planned Parenthood that actually provide reproductive health care to Texans. This is another reason why Church and State should be strictly separated. Rather than attend to the secular needs of  Texas like infrastructure, Texas Christian ideologues funnel money to Christian cronies that spread ignorance. 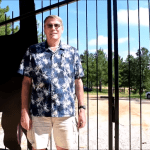 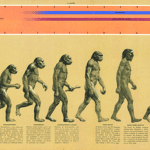 August 26, 2016 Pence the Dence
Recent Comments
0 | Leave a Comment
Browse Our Archives
get the latest from
RA
Sign up for our newsletter
POPULAR AT PATHEOS Nonreligious
1