Think twice before sharing about the Electoral College voting against their State’s vote November 10, 2016 Lilandra Ra

Yes. A Donald Trump presidency is terrible even terrifying.

However, the reasoning in having the Electoral College throw out their state’s various votes is not just flawed but dangerous.

There is technically nothing stopping any of the electors from refusing to support the candidate to whom they were bound, or from abstaining from voting altogether.

There’s even a name for it: Becoming a “faithless elector.”

Throwing out Trump’s vote by state electors would establish a dangerous precedent that would disrupt peaceful transfers of power. 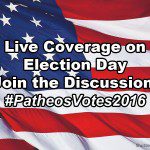 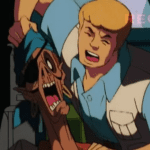 November 13, 2016 Scooby does denial
Recent Comments
0 | Leave a Comment
Browse Our Archives
get the latest from
RA
Sign up for our newsletter
POPULAR AT PATHEOS Nonreligious
1