Not ceding your platform to Alt-Right Ideology.

Not ceding your platform to Alt-Right Ideology. November 29, 2016 Lilandra Ra

Patheos Explore the world's faith through different perspectives on religion and spirituality! Patheos has the views of the prevalent religions and spiritualities of the world.
I said on my Facebook right before the election I don’t unfriend over politics. At the time, I had unfriended 16 people half of whom were spammers for sunglasses or something. But after years on FB, blogging, and Youtube I am tired of the same sort of blowhard derailing conversations.

Alt-Right messaging has become rampant on the internet

In fact, in my community there are many atheists that are a part of the larger Alt Right community. The Alt-Right community  has a good portion of trolls. They successfully derailed concerns about Donald Trump’s blatant misogyny, racism, and sexual abuse by projecting faults on to Hillary Clinton. Though she has faults, they are not the same as Trump’s –not even close.

When it’s not about dialogue

Though I have been wrong myself, I am an ex-Creationist, it isn’t simply that they are wrong. I have erred too often on assuming good faith. Trolling is often the more likely explanation. Perhaps even, unintentionally allowing someone to derail the conversation. In effect, using my space as a platform for their misinformation and sometimes even disinformation.


People who didn’t come to your space to be reasoned with. People who were often not even friends with me on FB. I have seen these people openly tag each other to join in. Non-friends and some pseudo-friends especially dominating the discussion are a sign of dogpiling.

When it’s time to part ways

However, I am still friends with people that are not helping to move equality forward. Even sometimes in small ways whether intentionally or not because they have bought poorly reasoned ideas. The kicker is how unreasonable some are in discussions and derailing conversations with often Alt-Right talking points recycled often from Right Wing Propaganda.

Although not typical trolls, paid Russian trolls are defending Trump. And our homegrown Alt-Right trolls are plentiful and well evidenced. Look at the cesspool of disinformation that is Breitbart. Look at how their head troll Steve Bannon now is Trump’s Chief’s advisor.

Who should we blame for Alt-Right Politics?

I am fed up after this election which couldn’t have been a more blatant display of racism and misogyny after being gaslit for years that these aren’t really problems. And still, these same talking heads including ostensible liberals who want to blame minority identity politics and have us understand white identity politics as the cause for the whitelash in this election.

How about for once maybe understanding minorities’ problems that have been institutionalized in our government? And how about asking people to stop blaming and hectoring people for others’ ignorant and abusive behavior lashing out at them rather than the source of their problems? And while these people are expressing concern, how about using their platform to ask  questions of whites that have scapegoated blacks, Latino/a/x s, and immigrants for their problems to examine the source of their problems? Like perhaps, their Republican Governors and Legislatures that have cut taxes and good paying jobs for tax cuts for the wealthy?

The real reason people are unfriended

Anyways, bad faith actors have exhausted and abused my patience. For example, a bad faith actor calling me a racist for pointing out systemic racism. I have no time and patience anymore with the willfully ignorant. I still have patience for the reasonable and misguided or people that can convince me I am wrong in a respectful, good faith manner. The decision to stop engaging and giving my platform to unreasonable people and trolls with repellant Alt-Right ideas is not ultimately about politics. As Jennifer Sullivan succinctly wrote about in The Huffington Post:

“Why are people unfriending others over politics?”

If I had a nickel for every time I’ve heard (or read) that question these past few months, I’d have enough money to bail out the Trump Taj Mahal.

The individuals posing this query usually chalk the decision up to a lack of maturity. To an abject refusal to entertain countervailing beliefs. To a matter of mere partisanship.

And you know what I have to say to those people?

I am so tired of people feigning shock and outrage over others not wanting to remain friends with those who are directly or indirectly fueling discrimination.

Unreasonable creationists, who close down discussions, have convinced us as atheists that we should never even block someone who is blatantly insulting you or venting vile hatred. Like calling blacks the n-word in comment sections, for example. However, I would say that we don’t have to give the same respect to unreasonable ideas than reasonable ones. At the end of the day, that is how to deal with the hatred this election brought out –by rejecting it. Especially after how unreason reigned in this election. 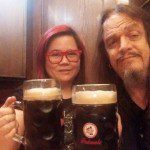 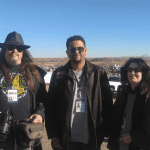 November 30, 2016 Getting the Story from Standing Rock
Recent Comments
0 | Leave a Comment
Browse Our Archives
get the latest from
RA
Sign up for our newsletter
POPULAR AT PATHEOS Nonreligious
1