Happy New Year! Thanks to the generous support of our Patrons, I will begin two new science-related video series. I already released a new video called “How Meteorology Disproves Noah’s Flood.” It is the first in a new series about how various fields of study disprove the fable of the Noachian global deluge.

Perhaps for many skeptics, the idea that anyone still needs to be deprogrammed of the notion that a large boat full of a breeding pair of every animal on Earth ever existed sounds implausible. However, as the new Trump administration shows, creationists like the Vice President Elect, Mike Pence, will be high ranking education policy makers. Many of us know a creationist who could benefit from this series in our personal lives. It is a slower process changing one mind at a time, but that is one path of many to leaving the Dark Ages. Importantly, those changed minds won’t be susceptible to politicians like Pence who try to  use science like evolution to scare people. 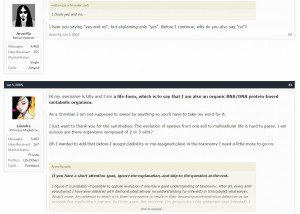 The second series will start in the New Year. It is called the Systematic Classification of Life. It will be an expanded video format of a discussion I had with creationists on Christian Forums. A guided tour through various clades in evolutionary history. Some of these clades are basal to what makes Homo sapiens what they are today. Others are peripheral life forms that had fascinating runs through generations in the web of life. It is a nice companion series to the work I have been doing on the Phylogeny Explorer Project.

That project is in a data entry phase. If you want to help illustrate and explain clades of biodiversity for academic research join the project’s Facebook page. We want to get as much done on that as we can over the next six weeks or so. That means a robust cladogram with a lot of data depictions and illustrations for as many of these clades as possible.

Lastly, as a reward to patrons that helped meet the goals to bring these new projects to life, Bonus Patrons and up will get a “Systematic Classification of Life Newsletter”, starting in January. This newsletter will highlight interesting species and their evolutionary relationships. 2016 was terrible in many ways but lots of new projects in the works for 2017.

If you’re not familiar with what we do, I post a half dozen videos per month. These may be recordings of my public presentations or debates, or they may be secular/science advocacy videos, interviews with progressive activists on the Ra-Men podcast, but we also do an educational series unapologetically including evolution in biology lessons intended as classroom supplements for middle-school and high school classrooms as well as secular home schoolers. My wife, Lilandra was a science teacher and a curriculum specialist with the Next Generation [national] science standards. She writes the scripts for the classroom supplement videos, and our 14 year-old son also takes part in presenting those lessons.

If you like what we do, please consider becoming a patron at Patreon.com/aronra. We don’t make as much as the website implies. That’s only for the first video of every month. Each subsequent video earns hundreds less than the one before it, because patrons can cap off or limit their donations. But there is a lot of research, composition, and editing involved, and this is a full-time endeavor. I certainly invest way more of my time in this than I would to a full-time job, especially after you figure in that I’m also president of Atheist Alliance of America and Director of the Phylogeny Explorer Project, and both of those are volunteer gigs. So we need all the support we can get. To those who are already supporting us, we wouldn’t be able to do any of this without you. So thank you all so very much, and we hope you’ll have a Happy New Year! 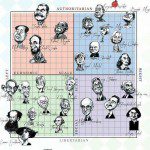 January 2, 2017 What is your political alignment?
Recent Comments
0 | Leave a Comment
"nobody cares."
ichthyic Did Trump commit impeachable “High Crimes ..."
"my partner is in intelligence and biosecurity and can confrm your supposition."
ichthyic Atheist vs Religious Accountability
"they still are buying bolt holes.with enough money, laws are bypassed. it's the same everywhere, ..."
ichthyic Presidential poll: Heads I win, tails ..."
"I'm more than happy to see zero new americans coming to New Zealand at this ..."
ichthyic Presidential poll: Heads I win, tails ..."
Browse Our Archives
Follow Us!