Just give him a chance…

“Give Trump a chance”, they say.

Give him a chance to set everyone’s rights back a few decades and make the destruction of the environment come decades faster?

Give him a chance to lie to the public and reprimand his own staff if they’re honest on social media? Oh wait, he already did that on the first day—just like he did every day until now.

Give him a chance to minimize, marginalize, criticize, and otherwise divide the masses, promoting hate in every direction with utterly no concern for factual honesty, fidelity, or anything approaching anyone’s actual values?

Give him a chance to indirectly kill untold masses of people by depriving them of health care? Not replacing it with a better plan, like he promised to do, but instead leaving them at the mercy of unscrupulous insurance companies or Health Savings Accounts with insurmountable deductibles?

Give him a chance to potentially kill untold masses more people by ramping up and then launching nuclear weapons, because he and his staff repeatedly asked why we have them if we’re not going to use them? Then they said we need more!

Give him a chance to eliminate the Department of Education and the Environmental Protection Agency, allowing an unregulated tailspin into a literal wasteland of corporate plutocracy?

Allow him to cut taxes on the rich while shifting the tax burden to everyone else?

Give him a chance to do all the damage this myopic mad man blindly says that he will do? To us? Let’s give him a chance because we’re obviously too stupid to know any better?

It’s not up to me of course. It’s that nearly half the electorate voted against their own interests, electing the greater evil, someone who openly promised to screw us all over.

But when a dangerously deluded intruder breaks in and promises to fuck shit up, do you tell your partner to just give this deranged maniac a chance to commit these atrocities that he’s already promised that he’s going to do to you, to the detriment of everything sensible? Because I’m thinking that even if he tells you to “get over it”, because he has a gun, so he has the power and you don’t, you’re still not just gonna stand there and let all that happen. You wouldn’t give him that chance.

And we all know that the GOP never gave Obama his chance, nor his choice, and they wouldn’t have given Bernie or Hillary one either. 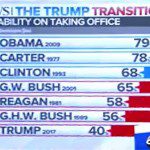 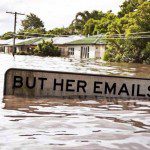 January 25, 2017 The answer to what damage Trump can cause in just 4 days
Recent Comments
0 | Leave a Comment
Browse Our Archives
get the latest from
RA
Sign up for our newsletter
POPULAR AT PATHEOS Nonreligious
1