Is there a good reason not to file for Trump’s impeachment?

Is there a good reason not to file for Trump’s impeachment? February 2, 2017 Lilandra Ra

With the metaphorical Doomsday Clock clicking just 2;30 minutes to nuclear destruction, is there a good reason out there not to start the impeachment proceedings against Trump? Let’s examine a couple of the reasons the House of Representatives maybe hasn’t started the bureaucratic wheels of impeachment ever so slowly grinding on this issue as the clock ticks away.

1. He just got sworn in less than 2 weeks ago

I’ve lived for four and a half decades now and I don’t ever remember being aware of just how many days a president has been in office.  Almost every day, I’ve had some reason (18 executive orders and memoranda just to the end of January) to shake my head in dismay and genuine puzzlement at what the Hell Trump is doing.  Last night, I didn’t sleep because I read about former Breitbart propagandizer and self-confessed would be State pyromaniac, Steve Bannon’s prediction that the United States and China will “no doubt” fight a war within the next ten years. One of Trump’s memoranda (we could just as well call them edicts) helpfully installed Bannon on the National Security Council that now the Joint Chiefs of Staff has to be invited to. At least they had the hindsight to make this move afterward:

On Monday, White House spokesman Sean Spicer announced that Trump will reinstate the director of the CIA as a regular Principals Committee member. But the President will keep his chief strategist, Stephen Bannon, as a regular committee member — a move that came under fire.

In all seriousness, Trump’s prospects as president were never at any time funny to anyone with the mental maturity of an average adult. The last link is telling in that Trump lacks any of the 7  signs of a mentally mature person. Look at his attempts to squash criticism by major media outlets. It is actually astonishing how quickly Trump is fulfilling the most pessimistic predictions of him. So 2 weeks in and there is serious talk of war with China as just one example of his lacking the mental maturity to “seek wisdom before acting.” As the parent of a son and a daughter approaching draft age, no caring parent wants their children at risk of an unnecessary war. A war that could have been avoided by leaders with the mental maturity to fathom simple detente and diplomacy.

Is it really necessary to see what else he has a chance to do before a helpful congressperson hits the pause button?

2. What could Congress impeach Trump for?

As it turns out there is already a public effort by the folks at Free Speech for People and RootsAction aimed at impeaching Trump.  The group’s petition started Day One of the Trump Presidency and has received hundreds of thousands of signatures. Their main grounds for impeachment are:

Crucially, some of these business arrangements violate the U.S. Constitution’s Foreign Emoluments Clause, which provides: “[N]o Person holding any Office of Profit or Trust under [the United States], shall, without the Consent of the Congress, accept of any present, Emolument, Office, or Title, of any kind whatever, from any King, Prince, or foreign State.”[11]

Trump’s defense first and foremost is that laws don’t apply to the president: which, if that were true would make the U.S. a dictatorship.

“I can be president of the United States and run my business 100 percent, sign checks on my business.” Trump also has said, “The law is totally on my side, meaning, the president can’t have a conflict of interest.

That’s not the way it works, of course, but Trump demonstrates repeatedly that he lacks the mental maturity to seek wisdom or basically know what he is talking about. He also made an inadequate attempt to counter critics with this rationalization:

At a press conference two days before his inauguration, Trump said that he had solved the problem of the emoluments clause by promising to donate the “profits that flowed from foreign governments staying at his hotels to the United States Treasury.

The response from the constitutional attorneys who filed a case against Trump in New York representing the Citizens for Responsibility and Ethics in Washington is that:

He notably did not promise to donate the value of any benefits flowing from foreign governments to his multiple overseas projects, to Trump Tower in New York City, or royalties from The Apprentice.

There are other possible grounds for impeachment already. I haven’t even scratched the surface of them because that is a complex constitutional law problem best left to experts.

So why can’t the House Judiciary Committee start the impeachment process today? Just maybe they could quit wasting time trying to figure out an internet sales tax.  Alternatively, they could table the investigation into the already debunked claims about Planned Parenthood trafficking in fetal body parts from 2015 or update their website. What are we expecting on a Republican 24 to 17 majority dominated committee? Call them and ask them what the hold up is. They could at the very least slow Trump down from getting us into a war with China or Iran with Impeachment Hearings. The address and phone number are: 2138 Rayburn House Office Bldg • Washington, DC 20515 • 202.225.3951 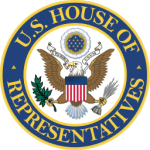 February 2, 2017 Our Call to Congress to Impeach Trump was Simple
Recent Comments
0 | Leave a Comment
"Great article! Very rational."
Christopher Harper Debate: Is Christianity dangerous?
""No one despairs the mercy from his Lord except the people who are lost."so basically ..."
ichthyic An Infidel Reads Sūrah 28
"And what's your proof that no philosopher is against impractically reducing reality into gibberish? What's ..."
Héctor Herrera Philisophical empiricism vs metaphysical solipsism
"" If you’re going to re-make or revise a classic, at least try to make ..."
ichthyic An Infidel Reads Sūrah 17
Browse Our Archives
get the latest from
RA
Sign up for our newsletter
POPULAR AT PATHEOS Nonreligious
1