I am Resigned to Run for State Senate

I just posted my first political advertisement. It was filmed by the New Covenant Group in their 7,000 square-foot TV studio in Pensacola Florida. They just sent their edit to me a couple days ago. Thank you for that, Dr Michael Jones.

Even before posting this ad, I’ve found that I’m already attending multiple political meetings each week, and this is expected to accelerate considerably by Autumn. This is on top of everything else I’m still doing, which is quite a lot really. So in an effort to minimize distractions, I have resigned as President of Atheist Alliance of America to concentrate on my increasingly busy State Senate Campaign. Yes, I’m really doing this despite how much of a long shot this is.

Not every Texan can vote for me, only those in TX State Senate District 2, which includes Kaufman, Van Zandt, Rains, Hopkins, Delta, Fannin, Hunt, Rockwall, and a gerrymandered slice of eastern Dallas Counties.

I’m running as a Democrat because I need the benefit of the down-ballot, which wouldn’t exist in this state for independent parties. Yes, I know I look like a Klingon Disney villain, but some people want to vote for change, and I’m more obviously dramatically different from every other candidate. In fact, the Republican incumbent in my distract won his seat without opposition. I don’t think there’s been a Democratic opponent in this district since 1998. So I was the first Dem to throw my hat into the ring.

I wish it weren’t so that it takes so much money to run for office: in this case, tens of thousands to hundreds of thousands of dollars. But surprisingly, there is no limit on the amount that a Texas State Senate candidate can receive in donations from individual American citizens, committees or PACs. I have an official treasurer and a dedicated campaign account. Soon I should have an Act Blue account as well. So if you’d like to support my candidacy, please visit aronra.org. If you’d like to support my activism otherwise, you could become a patron. Apart from that, wish me luck or lend a hand. I’m obviously gonna need all the help I can get.
Previous Post 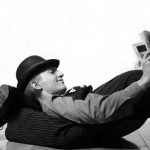 March 12, 2017 Mythbusted?
Recent Comments
0 | Leave a Comment
"That cactus like plant, the Euphorbia abyssinica is quite an amazing sight. I saw the ..."
John Thimakis An Infidel Reads Sūrah 17
"Possibly, but I'm doubtful. I've not heard of even anecdotal accounts of a religious person ..."
abb3w Atheist vs Religious Accountability
"They're telling us what they would do, if not for their faith holding them back."
ThatGuy Atheist vs Religious Accountability
""I have to say that leftists are far more prone to retreat to an echo ..."
Mr. Annoying Did Trump commit impeachable “High Crimes ..."
Browse Our Archives
Follow Us!

Risks vs. Rewards and Benefits
Life is full of risks. We take risks every day when we...
view all Nonreligious blogs
What Are Your Thoughts?leave a comment
Copyright 2008-2020, Patheos. All rights reserved.