Earlier this month at a candidate’s forum, San Antonio’s Mayor Ivy Taylor, may or may not have had atheists specifically in mind when she speculated on the roots of systemic poverty. Although she didn’t specifically mention atheists, she definitely linked poverty to a lack of relationship with the Christian god, specifically.

Early voting for municipal elections is now underway in San Antonio and Election Day is May 6, 2017.  Mayor Taylor was appointed in 2014 to replace the Obama Administration’s Secretary of Housing and Urban Development: Julian Castro. Curiously,  MySanAntonio.com has her as the “Best pick” for mayor citing her ability to “build coalitions”.  It depends on what is meant by “coalition” and on whether they are inclusive or exclusive. Mayor Taylor voted against a revised nondiscrimination ordinance that was expanded to include LGBT in 2013 as a councilwoman.  So non-Christians and LGBT are out of the coalition apparently. Also, poor people that don’t view themselves as broken.

Leaders of America’s Atheist community reached out to Mayor Taylor inviting her to meet with her secular constituents.

The 40% or more of San Antonians who are nonreligious aren’t “broken.” We care about our community and want to improve it. Please reach out. https://t.co/mrdNrS65uR

Atheists are people too! There is also a petition circulating that asks Mayor Taylor to meet with the San Antonio secular community.

Aron Ra and I will have some guests representing San Antonio’s Secular community on the Ra-Men Podcast Live at 1 PM CST. You can interact with questions in the Youtube chat section. 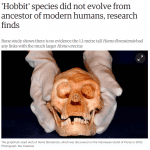 May 1, 2017 I'm testifying at the State Capitol
Recent Comments
0 | Leave a Comment
"This drivel is so bad that I applaud you tenacity to stay with it. I ..."
Norman Parron An Infidel Reads Sūrahs 51 & ..."
"> But, I always heard that on the seventh day, he rested.The week is a ..."
Jim Jones An Infidel Reads Sūrahs 44 & ..."
"I have not read a better essay on faith. Thanks for writing this."
Gary Whittenberger Faith Defined
"What can one comment on? The KaKaran is so lame that it is a book ..."
Norman Parron An Infidel Reads Sūrah 42
Browse Our Archives
get the latest from
RA
Sign up for our newsletter
POPULAR AT PATHEOS Nonreligious
1