Can an Atheist Get Elected in Texas?

Can an Atheist Get Elected in Texas? August 30, 2017 Lilandra Ra

Seriously, what are Aron Ra’s chances for being elected as an open atheist in Texas? Anecdotally, we encountered these signs on our way back from Austin to interview former Democratic Texas State Senator,  ex-gubernatorial candidate, and role model -Wendy Davis.

One of the more vocal constituents of Manheim, TX proudly displayed this on their property:

Is the point that atheists and homosexuals may have sex in ways that aren’t Biblically approved? So do you have to just have sex in the missionary position and be a Christian to get this person’s vote? And seriously, as long as sex is safe and consensual who cares how anyone has sex?

Another close up of this person’s rationale:

So point taken, atheists are not beloved citizens of Texas by most. Then how does an atheist like Aron Ra get elected in Texas? More atheists need to come out of the closet and run for office to show people that they are worth liking and voting for. We’re going to discuss this more in depth tonight starting at 8 PM CST on Aron’s podcast the Ra-Men. The podcast will be live and open to youtube comments that can be answered by the participants.

One of our guests is Justin Scott, American Atheists 2017 Atheist of the Year and Founder/Director of the Eastern Iowa Atheists. You may remember him as the atheist voter who asked 2016 Presidential candidates including Donald Trump, how they felt about the separation of church and state.  He also tried to get local area newspapers to cover Aron’s candidacy and we’ll talk about how that turned out. He will be joined by Dr. Juhem Navarro-Rivera, Political Scientist, blogger and co-host of The Benito Juárez Experience.  Dr, Navarro-Rivera has studied secular politics in depth and will lend his expert opinion. Last, we will have an hour of political humor with the Satanist California candidate, who doesn’t really believe in Satan –Steve Hill. 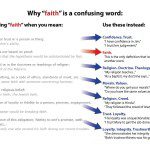 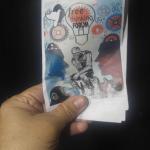 September 1, 2017 To Billy in Fullerton
Recent Comments
0 | Leave a Comment
"The Koran has to be the most repetitive book ever. If you removed every redundant ..."
igotbanned999 An Infidel Reads Sūras 78, 79, ..."
"I once read a good part of the Quarn. Never got to its end, but ..."
David Brevik An Infidel Reads Sūrahs 67, 69 ..."
"Have cat, it won't accept any other pets. Which is fine, he's a nice kitty."
Karl Dubhe IV Dog gone it
"The fact that gawd chose that little circle of ignorance proves gawd hates intelligence."
Norman Parron An Infidel Reads Sūrah 21
Browse Our Archives
get the latest from
RA
Sign up for our newsletter
POPULAR AT PATHEOS Nonreligious
1

How Hell Developed in Early Christian...
Roll to Disbelieve
Related posts from RA