Someone told me today that he believes that “atheists choose to be atheists for one of two reasons – 1 – they enjoy the convenience of being able to do what ever they want to do without any thought of accountability, and 2 – they have anger and bitterness that they would vent against God for something that has happened in life that they feel is unfair”. I have heard that incredibly stupid reasoning many times, and had to address it in my response.

Not one single person ever became atheist for either of the reasons given, because neither of them make any sense.

First of all, do you have anger and bitterness against Darth Vader? I remember as a child that the villain I most hated in any story was Cinderella’s wicked step-mother. I hated that character because I knew so many people like her in real life, but I can’t harbor anger or bitterness against her because she isn’t real. Like your god, she is only a fictional character, someone folks just made up who never really lived. We really sincerely do not believe in your impossible phantasm, and we know that it couldn’t really have manipulated anything in our lives, so nothing that ever happened to us even could have been your god’s fault.

Second, no one ever ‘chose’ to be atheist. Accepting reality is a resignation, not a resolve. I’m sure that you’re just pretending there is a god even if you know it’s not really true. Several Christians have admitted to me that they do that; that they don’t care what the truth is, they’re gonna make-believe whatever they want to believe. But atheists DON’T do that. What good would it do to pretend that God doesn’t exist if we really thought he did? You’re suggesting that if we close our eyes, then not only can we not see him, but he can’t see us! That’s stupid! Because if he was real, he could see everything we do anyway, and there would be no escape, right? So we’d better be damned sure that there is little or no possibility of a god, at least not your god. We already know there is no truth to ANY of your claims. We are not pretenders like you are. We really sincerely do not think your god is real.

Third, if there was a god, it wouldn’t be your god. But most Americans have been inculcated in Christian mythology, so that is the one version they know and most often turn to. The way the Bible describes God shows that nothing pisses him off more than when we don’t believe in him, which is actually another indication that he’s not really real. It’s not God who is upset, it’s the clergy selling the bullshit story for tithe. It doesn’t matter how evil you are. All sins may be forgiven if you but believe, But if you don’t believe, then it doesn’t matter how good you are, because the only sin that will not be forgiven is the sin of disbelief. [Matthew 12:30-32, Mark 3:28-30, Luke 12:8-10] All that matters is that you believe what they tell you obediently and blindly, without question, reservation or reason–which is never wise. Thus gullibility is the sole criteria for redemption. So if you love sin, become a Christian. You can sin all you want and deny all responsibility. But if you’re atheist, then you’re bound to humanist values and you know, as Carl Sagan put it, “there is no hint that help will come from elsewhere to save us from ourselves”. Real world problems require real world solutions. Thoughts and prayers are worthless. Two hands working accomplish more than a thousand clasped in prayer.

Fourth, Christianity is all about denial of responsibility and accountability. If you do something wrong, you can pretend the devil made you do it, and you can always ask for forgiveness again and again and again. You don’t have to actually do anything to help anyone, you can just wish upon a star that they’ll magically get the help that they need. You don’t have the responsibility that we atheists do to be honest, and to cite evidence to show the truth of everything we say. You can lie all you want to, citing alleged facts that aren’t really facts and pretending to know things no on even can know. If you’re one of the Dugger family, and you’ve serial-molested three of your younger sisters, you might bargain your way out of prison by convincing the Christian judge that Jesus has forgiven you. You don’t need to do anything to protect the environment for future generations either because you can pretend that Jesus is coming back any minute to roast everything anyway, so we may as well be fruitful and multiply to dominate and subdue the world, to bring millions more ‘souls’ to the lord than we could possibly feed. Then you can make up more bullshit excuses for why your magic imaginary friend still hasn’t shown up, or why he would have done anything so stupid as you falsely predicted anyway.

Atheism, however, takes away the scape-goats and the excuses and puts all the responsibility and accountability back on our own shoulders. 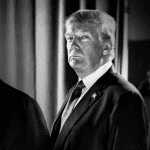 April 14, 2020 Presidential poll: Heads I win, tails you lose.
Recent Comments
0 | Leave a Comment
"I once read a good part of the Quarn. Never got to its end, but ..."
David Brevik An Infidel Reads Sūrahs 67, 69 ..."
"Have cat, it won't accept any other pets. Which is fine, he's a nice kitty."
Karl Dubhe IV Dog gone it
"The fact that gawd chose that little circle of ignorance proves gawd hates intelligence."
Norman Parron An Infidel Reads Sūrah 21
"This drivel is so bad that I applaud you tenacity to stay with it. I ..."
Norman Parron An Infidel Reads Sūrahs 51 & ..."
Browse Our Archives
get the latest from
RA
Sign up for our newsletter
POPULAR AT PATHEOS Nonreligious
1

How (and Why) Evangelicals Blow Their...
Roll to Disbelieve
Related posts from RA 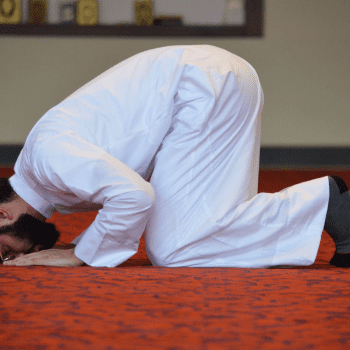 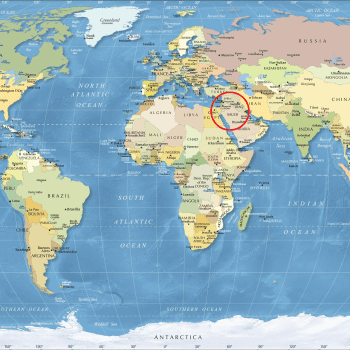