I just took a poll that came into my email. Note how all the questions imply that Trump did the smart and right thing, so that anyone who disagrees with him is wrong and looks bad. Fortunately, beyond the yes, no & not sure options, there was an “Other, please specify” in each case.

1. Do you agree with President Trump that our Nation’s safety should be our first priority?

Trump doesn’t agree with that. His first priority is his own ratings.

2. Did you approve of President Trump’s decision to close our borders to China in January?

The infection was not contained within China. So closing our borders only to China alone did no good at all.

3. Do you agree that President Trump’s decision to close our borders to China in January saved many American lives?

4. Do you approve of President Trump temporarily closing ALL borders to Keep America Safe?

We already have more infections than anywhere else in the world. Other countries should be more afraid of Americans going there.

5. Do you approve of President Trump’s swift decision to sign the CARES Act, which will provide immediate relief to our Nation and its citizens during this difficult time?

If he hadn’t foolishly fired the pandemic response team, then he wouldn’t have needed desperate measures to correct his mistake.

6. Do you approve of the job the White House Coronavirus Task Force is doing?

No, because after doing too little, too late, they said they want to reopen the economy with no plan but to sacrifice lives (especially seniors) for the sake of the economy.

7. Do you approve of the daily press conferences from President Trump and the Task Force?

Yes, because Trump is revealing his incompetence right before the election that will remove him.

8. Do you approve of the job President Trump is doing handling the coronavirus?

We need to rely on scientific specialists, but Trump put a science-denying religious extremist in charge of that instead.

9. Did you know that President Trump’s approval ratings are at an all-time high right now?

Why I can’t imagine. It’s as if most of the country stopped paying attention to what he’s actually doing and saying.

10. Is there anything else you’d like to share regarding how President Trump is handling the coronavirus threatening our Nation?

He should appoint a competent replacement and stop firing everyone who knows better than he does. 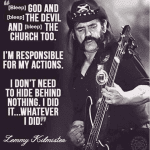 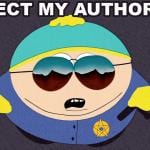 May 9, 2020 An Infidel Reads Sūrah 26
Recent Comments
0 | Leave a Comment
Browse Our Archives
get the latest updates from
RA
and the Patheos
Nonreligious
Channel
POPULAR AT PATHEOS Nonreligious
1