Lecrae: A Modern-Day Psalmist Voices the Messiness of Humanity Through Hip-Hop 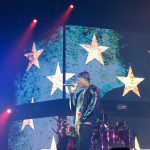 In the world of Christian hip-hop Lecrae, is a pioneer and a visionary and could even be considered to be the godfather of Christian rap. He has recorded seven highly acclaimed albums and two mixtapes. The recipient of a Grammy, Dove, and Stellar award, he is the co-founder and president of Reach Records, an independent record label dedicated to the creation of quality Christian rap. In October 2014, I had the privilege of meeting Lecrae and interviewing him as he continued his Anomaly tour to promote his latest album of the same name. A critical and commercial success, it topped both the Gospel and Billboard 200 charts in September 2014.

Lecrae also won a 2015 Grammy award in the Best Contemporary Christian Song/Performance category for his song “Messengers” (ft. for KING & COUNTRY) from Anomaly. During his acceptance speech, Lecrae acknowledged the centrality of Jesus in his life when he announced, “You can’t celebrate gifts without celebrating the giver of all gifts.” For Lecrae, such comments are not unusual. Gearing up for the Grammy awards ceremony, he posted on his Twitter page the following declaration: “There is no one I can meet in the world to make me any more valuable than God has already made me” (Lecrae@twitter, Feb. 8 2015).

Lecrae is a modern-day psalmist. He is a trailblazer and risk-taker for Jesus. As a follower of Jesus, Lecrae’s rap songs resist sugarcoating the Christian life with platitudes. He acknowledges social injustices. Topics such as immigration, the sex-trade industry, child abuse, enslavement to money and consumerism, the pitfalls surrounding the politics of nationhood, and the role misogyny plays in shaping how some men relate to women all populate his songs. Lecrae embraces the “messiness” of humanity, and steeps his lyrics in raw personal testimonies. He produces humbling, refreshing, jarring, fun, and ultimately, liberating lyrics. They invite listeners to dialogue with one another, converse with God, and wrestle with issues in a way that allow them to consider how the histories they encounter, and their acknowledgement of their beautifully complex humanity, can inform their identity, outlook, and engagement with others.

In Anomaly, Lecrae probes how individuals enslave themselves to materialism. He mines the socio-economic inequities that divide America and other global communities. In “Good, Bad, Ugly” he grapples with the memory of a woman sexually abusing him when Lecrae was seven years old. In this song he also tackles the subject of abortion when he recounts the time he and his girlfriend aborted their unborn child. In “All I Need Is You” Lecrae declares his devotion to his wife. And in “Welcome to America” he addresses what it means to be “made in America” but be mistreated by a nation that discriminates against its marginalized, while violating the human rights of its devotees. At the same time, Lecrae spotlights how laborers, living abroad, produce goods in sweat shops that bolster the American economy even as many of the laborers buy into the idea that America is a place where freedom, happiness, and liberty for all resides.

When I asked Lecrae why he decided to create an album that dealt with various historical events and political issues he revealed that a mentor challenged him to write songs that not only tell “the truth about salvation and sanctification,” but also address the injustices suffered by peoples in America and around the world. And it is Dr. Martin Luther King Jr. who inspires Lecrae. He points out that “King did not just stay inside of a church building. He was active socially.” Similarly, Lecrae maintains that his songs, and the “social and political commentary” they invoke, may not conform to a “clichéd Christian,” and indeed mainstream, American worldview. Such a worldview often fails to reflect the multi-layered stories of those who gather on the street corners of Chicago and other areas of America, and beyond. To redress this imbalance, Lecrae’s songs channel the voices, histories, and experiences of those whose lives remain invisible within a particular Christian worldview.

His testimonies and commentaries will make some uncomfortable, but as he notes in “Dirty Water,” his aim is not to “guilt trip” his listeners or to persuade them to conform to his line of thinking. Instead, he treats his songs as “field trips that’s gonna last more than one day.” He considers himself a fellow traveler as he journeys through the rough and smooth ideological, historical, and personal terrains he encounters on his faith walk. And so, rather than focusing on the “speck of sawdust” (Matthew 7:3) in another person’s eye, Lecrae is paying “attention to the plank in his own eye” (Matthew 7:3) when he notes in “Dirty Water” that although he has “just dug a well in West Africa” he finds himself asking, “how many of my friends is African, huh?” Such conflicting testimonies are not uncommon in Lecrae’s rap narratives. 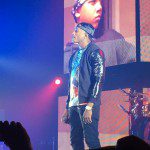 Even in an age when manufactured confessions are the trend in reality television programs, sharing one’s stories with others to mine, dissect, scrutinize, and even ridicule is not always easy. One of the more poignant songs on Anomaly, “Good, Bad, Ugly,” documents the moment a woman abused Lecrae when he was a child. As some are wont to do, he does not pass off the experience of being abused as a male initiation rite to masculine sexual prowess.

When considering how Lecrae found the courage to share this testimony through “Good, Bad, Ugly,” he reveals that he has “learned that … leaders [can] lead from [a place] of vulnerability.” He points out that “even Jesus in the garden of Gethsemane … led in his vulnerability.” Lecrae notes that Jesus confesses “Father, if you are willing, remove this cup from me; yet, not my will but yours be done” (Luke 22:42). Jesus’ relationship with God moves Lecrae and teaches him that he can be transparent with God.

In order to share stories that expose his struggles and pain, Lecrae asserts that he has to be secure and “confident in his identity” and “come to grips with the reality that his identity is found in Christ.” He does not covet or jockey for people’s approval. He knows he is “already accepted, already loved, [and] already an heir.” Still, he admits that “there are times when there is a fear of man,” but he insists he is “not overly concerned about their perception” of him.

For Lecrae, Jesus is the “perfect model for humanity.” Inspired by Jesus’ style of leadership, Lecrae desires to “lead in vulnerability” and he wants to communicate through his songs “that there is nothing that [he] can’t lay before God that is too much for him to handle.” His songs illustrate that “there is nothing that [he] has been through, or going through or … wrestling with that [Jesus] can’t apply healing and restoration to.” Lecrae finds comfort in a God who does not judge him but instead loves him through his art, his joys, and his trials.

Lecrae also gains courage from knowing that “wounds can become scars and if [individuals] hide their scars” from others, those persons who seek healing for the emotional, spiritual, historical, and physical wounds they carry may not “realize that wounds can be healed.” Receiving healing for the wounds in his life gives him “the courage to speak about” the challenging and difficult experiences he encounters. Being in touch with the layers and tensions of his own story also gives him the ability to convey the stories of those whom he meets through his songs. Committed to refining his skills as a rapper and expanding his vision as an entrepreneur and ambassador for Christ, Lecrae does not fit neatly into any theological, cultural, social, or political category. He is, as the title of his latest recording suggests, an anomaly. Rather than live in a spiritual vacuum, I am confident he will continue to craft songs that reflect his complex faith journey, and those of others.

Note: All biblical references are taken from the New Revised Standard Version (NRSV). 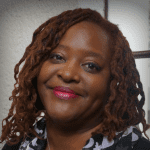 Dr. Claudia May is a literary critic, a creative and spiritual writer, poet, and a spiritual director (see claudiamay.org). She is a visiting scholar in the Department of African American Studies and African Diaspora Studies at the University of California, Berkeley, and a recipient of the Pacific School of Religion President’s award. She is a passionate follower of Jesus, a woman of prayer, and a lover of biblical stories and wisdom.

February 9, 2015
A Barrage of Bombing in Nuba Mountains: What Is a Parent to Do?
Next Post

March 9, 2015 Jainism and Sikhism: The Value of Being "Footnote" Traditions
Browse Our Archives
Related posts from Religion Now 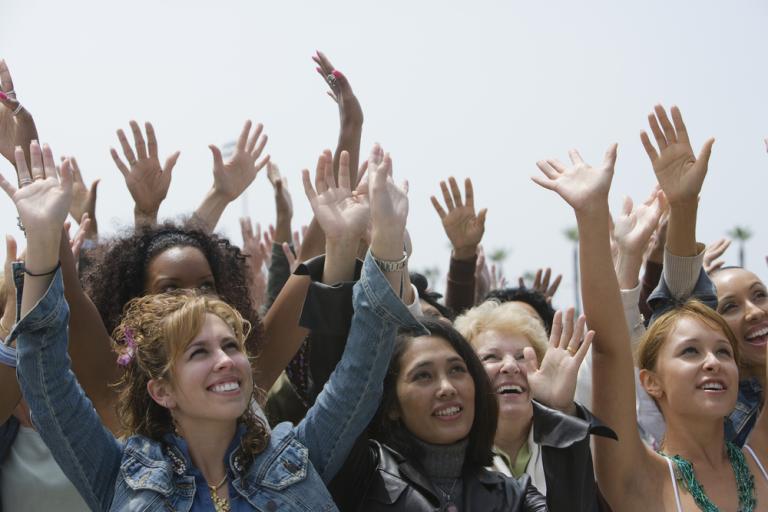 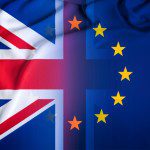 Public Square
Brexit: What Happened? And What's Next?
Religion Now 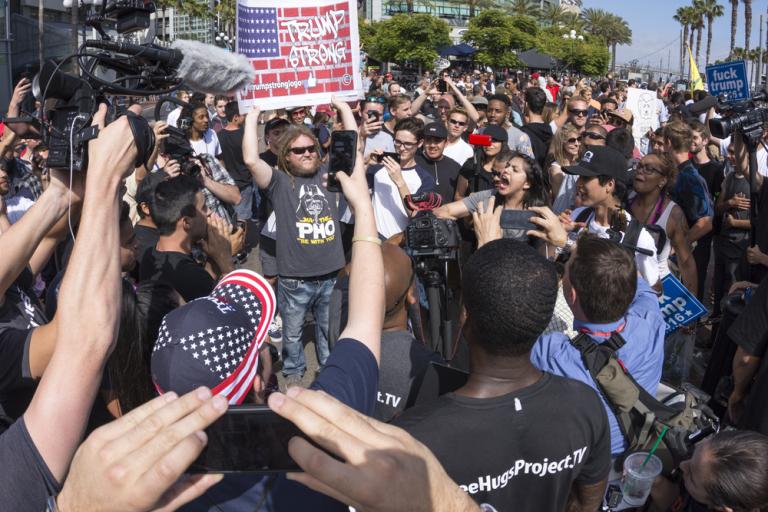