When I was a freshman in college, I took part in a pro-life protest.

A group across campus took a vow of silence for a day and dressed in black to symbolize the lives that were lost to abortion. Being 18, abortion seemed to be a clear injustice to me – it seemed obvious to me that a fetus should have the same right to life as a person outside the womb. The question was black and white, and I had no understanding of the complexities that surround conception, pregnancy, adoption and parenting. And, being 18, I probably just wanted to protest something.

I spent the day in awkward silence. At 8 p.m., our voices were freed, and we took off our black and went back to doing whatever college freshmen did on a Friday night.

A month later, while leaving church, another student handed me a flyer explaining why I could not vote for John Kerry for President because of his pro-choice stance. I was utterly confused. The current Bush administration had embroiled us in a war, and slashed taxes for the wealthy – actions fundamentally opposed to my belief in the dignity of life. I was supposed to let one position on an issue that had been decided over thirty years prior determine the entirety of my political beliefs?

I didn’t take part in a pro-life protest again after that. I viewed the movement as a Trojan Horse – a distraction behind which politicians could sneak in legislation that actually undermined the value of life by cutting assistance to low-income families, withdrawing health care, and denigrating women in the process.

Because I wasn’t protesting, I also started listening more. I heard the voices of women faced with circumstances that I had never encountered – rape, abuse, poverty, devastating diagnoses. I began to understand the reasons that women might choose anabortion.

Life. Choice. They were both good, both important, both necessary.

I moved through my own pregnancies. I felt the holiness of holding a life within my body, and I felt the fear and physical pain that came alongside it. I experienced the anxiety of an unplanned second pregnancy when my oldest child was still barely crawling, and realized my trepidation was not even one-tenth of the uncertainty a woman in a less stable environment would go through. I went through the pain of a miscarriage, and felt the deep belief that I lost far more than just a clump of cells.

My feet became more entrenched in both camps. I believed every child should have the right to make it into a loving parent’s arms, and that no woman should be forced to undergo the monumental undertaking of a pregnancy when she was not ready or able to become a mother.

I saw women on both sides of the issue fighting for what they passionately believed in. Some wanted to protect the sanctity of all human life, and give voice to the voiceless. Others wanted to protect the rights of a woman and the sovereignty of her body. And I wanted to scream, “Can’t you see how much you both care? Can’t we try to all just get along?”

But no, we couldn’t. Because there is not always a compromise or a middle ground to settle on. When a woman is faced with a pregnancy that she feels she cannot continue, there is no “everybody wins” scenario.

And no, not even adoption. Treating adoption as a simple compromise, rather than recognizing it as a calling undermines the amazing, excruciating undertaking of pregnancy and the lifelong relationship a birth mother has.

There is no “everybody wins” scenario unless we ensure that every pregnancy is wanted – or could be wanted – before it occurs.

In truth, the belief that a life should only be protected and valued if it is wanted by someone else goes against the very reason that I had always considered myself pro-life. I believe all life has inherent worth, beyond what others may ascribe to it. Our ideals, however, rarely reflect reality. Pregnancies do occur in situations where they are not wanted.

But if we as a society do value lives, even the difficult and disruptive ones, then we must be doing everything possible to change the situations around unwanted pregnancies.  By empowering young girls, and assuring that women have access to education, contraception, and affordable health care, we can help prevent unwanted pregnancies from occurring in the first place. And when that second, unplanned line does appear on a pregnancy test we must make sure that women are met with every opportunity to succeed. Equal pay, affordable childcare, paid maternity leave, accessible housing, and income support when needed would go much further to reduce the need for abortionsthan waving signs outside of a Planned Parenthood.

And we need to change how we view women.

The lives of women are important and worthwhile, beyond their ability to raise children. Yet somehow we have simultaneously pigeonholed women, and also dismissed the work they do. We have written off raising children as mere “women’s work,” seen at as inconvenience to pursuing a career, and – worst of all – treated it as a punishment for daring to have sex.

Rather than shame single mothers, we should recognize their bravery. Instead of disparaging stay-at-home mothers for leaving the workforce, we should recognize their contributions to society. We understand that birth mothers are giving precious gifts, not “giving up” their children. We must stop criticizing working moms, and validate the ways they care for their family. We haven’t always made motherhood a desirable path to take.

I’m changing the way I protest. Our silence is only valuable when we are listening to the voices of other women, women who have been had and considered abortion so that we can learn. And when we do raise our voices, it must be to speak out against a world that makes it so difficult for women to choose life. 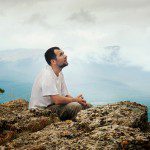 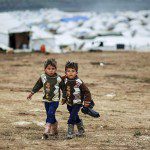 May 9, 2017 Persecutor, Not Protector: Assad Is Not Christians’ Savior
Browse Our Archives
Related posts from Religion Now 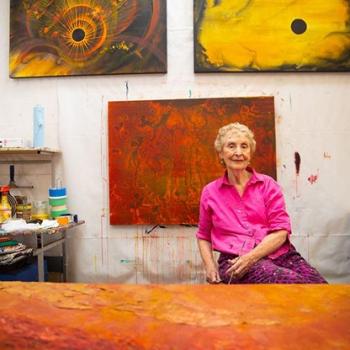 The patriotic Virgin: How Mary’s been marshaled for...
Many religions have been used to prop up nationalism, and Catholicism is...
view all Public Square blogs
Copyright 2008-2021, Patheos. All rights reserved.
Close Ad