Patheos Explore the world's faith through different perspectives on religion and spirituality! Patheos has the views of the prevalent religions and spiritualities of the world.
Noam Pianko, University of Washington

Within a few hours, the Israeli prime minister banned the representatives.

Subsequently, Trump questioned how any Democrat could “defend these two people over the state of Israel,” invoking a theme he hammered on in tweets for a week about American Jews’ political loyalties to Israel. Trump went on to suggest that any “Jewish people that vote for a Democrat” show “great disloyalty,” presumably to Israel.

As a scholar of American Jewish history, I view Trump’s tweets as invoking one of the most glaring anti-Semitic tropes in the modern West.

To understand the historical context of Trump’s tweets about the congresswomen and American Jewish “disloyalty,” let’s look back to the early 20th-century roots of American Zionism.

Zionism is the belief that Jews are a national group who have a right to a territorial homeland. This ideology presented a challenge to American Jews during the first half of the 20th century.

As an immigrant group struggling for acceptance in the U.S., Jews worried that embracing a national identity with ties to a foreign homeland would lead to accusations of disloyalty.

To address this concern, early Zionist leaders equated Jewish nationalism with the spread of American political ideals of equality, justice and ethno-religious tolerance.

For example, Louis Brandeis, Supreme Court justice and leader of the Zionist Organization of America from 1914 to 1916, argued that “Zionism is consistent with American patriotism” because “America’s fundamental law seeks to make real the brotherhood of man.”

“Israel has a responsibility,” Blaustein declared to Prime Minister David Ben-Gurion, “in terms of not affecting adversely the sensibilities of Jews who are citizens of other states by what it says or does.”

A few years later, Joseph P. Sternstein, who served as president of the Zionist Organization of America from 1974 to 1978, put it more bluntly:

In the decades following the 1948 establishment of the State of Israel, most American Jews embraced Zionism as an extension of American liberalism.

In the mid-1970s, a competing understanding of the relationship between American Jews and the State of Israel emerged. The competition came from the response to the liberal politics of the era.

Some Jews involved with anti-Vietnam War protests and civil rights activism in the U.S. believed that they should apply the same anti-imperial and anti-racist political values to Israel’s role as an occupying force in the West Bank and Gaza, home to hundreds of thousands of Palestinians.

Breira, the group they formed in 1973, argued that Jews should challenge Israeli policy publicly as Zionists committed to a Jewish and democratic state.

In 1977, a broad coalition of leading American Jewish communal organizations attacked Breira for their public criticism of Israeli policies and support for negotiations with Palestinian leadership. The tremendous communal pressure to silence Breira’s efforts to change Israeli policy in the West Bank contributed to the dissolution of the group later that year.

The Breira incident marked an early example of a reorientation of American Jewish politics. Increasingly, some American Jewish leaders challenged the legitimacy of voicing dissenting opinions about Israel, especially those associated with progressive political movements.

The influential founder of the neo-Conservative movement and editor of Commentary magazine, Norman Podhoretz, used the Breira incident to question the alignment between American Jews, Zionism and liberalism.

In July 1976, Podhoretz wrote in Commentary,

“There is a reluctance among some of Israel’s friends to describe the hostility to Israel in certain circles as anti-Semitic … a reluctance based on the desire to see the Arab-Israeli conflict as a conventional international dispute amenable to resolution by conventional diplomatic means.”

Podhoretz feared American Jewish criticism of Israel fueled by the political left could provide ammunition for prejudiced attacks on the Jewish State’s legitimacy.

The safety of the American Jewish community thus rested on conservative defenders of the State of Israel against critics from the left side of the political spectrum attempting to “delegitimize Israel.”

Observers starting in the late 1970s, such as scholar Jacob Neusner, named this approach “Israelism” to emphasize the shift toward elevating Israel as the “central interpretative principle by which American Jews view Jewish realities.”

To these Jewish leaders, being an American Jew meant having a primary focus on defending the state of Israel. While there had always been a diversity of views about the role of Israel in American Jewish life, the organized communal efforts raised the safeguarding of Israel to a unifying priority. And it influenced commentators to give name to a new phenomenon.

Opponents of Israelism perceived themselves as continuing the American Jewish tradition of challenging Israeli policies that threatened to undermine the shared liberal ideals of Zionism and Americanism.

From their earliest confrontations in the 1970s, Zionism and Israelism mapped disagreements about American Jewish relationships with Israel roughly along the emerging political divide between liberalism and conservatism in post-Vietnam U.S. context.

Nevertheless, American Jewish leaders over the last three decades have focused on engendering a broad unified “apolitical” tent within the Jewish community. This broad frame has kept a fragile lid on the simmering tensions arising between these streams of Jewish, and American, political thought.

Resurfacing of an old trope

The president’s recent tweets have capitalized on the tension embedded within these two paradigms of the place of Israel in American Jewish life to create a partisan wedge issue.

Trump accomplishes this by pushing Israelism’s assumptions to extreme conclusions.

The accusation that Jews are “disloyal” for not supporting Israel corresponds to Israelism’s argument that American Jews elevate defending Israel to a primary communal political commitment.

The indictment that Omar and Tlaib hate Jews draws out the argument that anti-Semitism motivates progressive attacks on Israel’s legitimacy.

Therefore, Trump argues, American Jews loyal to Israel and their Jewish commitments should support the Republican party and repudiate the Democrats. Trump’s embrace of arguments Israelism introduced to protect Israel has thus generated a surprisingly new variation of an old anti-Semitic trope.

As so often has happened in the history of anti-Semitism, Jews, I believe, once again face accusations for their perceived leadership role on opposite sides of the political spectrum.

[ Deep knowledge, daily. Sign up for The Conversation’s newsletter. ] 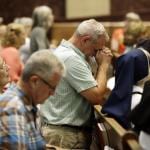 August 26, 2019
Catholic Church Sex Abuse: The Difference a Pennsylvania Grand Jury Made in Lives of Survivors
Next Post 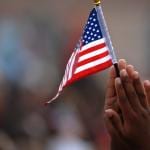 September 10, 2019 How the Pain of 9/11 Still Stays With a Generation
Browse Our Archives
Follow Us! 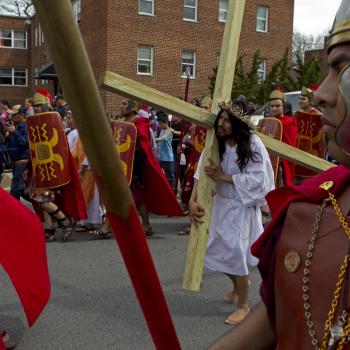 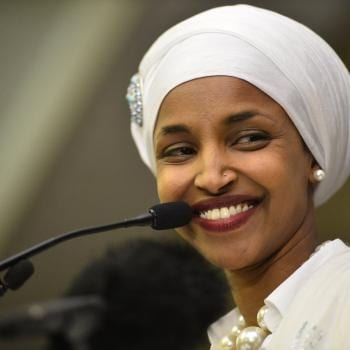 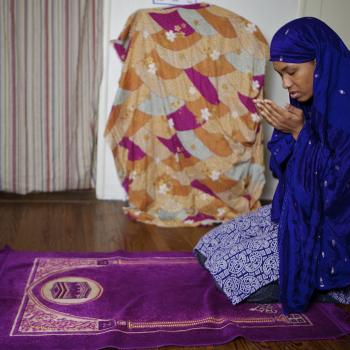