Has anyone else noticed how hard it is to get one’s comments to actually appear on Bill Dembski’s blog, Uncommon Descent? I’ve posted lots of times on Richard Dawkins’ site, as have lots of other religious believers (mostly fundamentalists). Sites like that of the Discovery Institute don’t even have forums. One way to interpret this, of course, would be that whereas Dawkins and others like him are confident that intelligent discussion and evaluation of relevant evidence leads to truth, the Intelligent Design crowd are less confident, perhaps even afraid.

A more charitable interpretation is also possible. The proponents of Intelligent Design want their sites to glorify God, and this motivates their unwillingness to allow just any posts and any lines of questioning to appear. Nevertheless, this shows the same sorts of problems one faces in talking about a theocracy. I consider myself to be interested in the glory of God, but because I think about God and science differently, my posts never appear on Dembski’s site. Concern for God’s glory quickly become concerns that God as I understand God be glorifies as I consider God ought to be glorified.

Although much of the discussion of religion and science in online forums suffers from poorly-informed participants, one still must hope that, unless one wants to bypass the scientific process that ideas will be subjected to criticism, and that likewise if a religious viewpoint is to be put forward, it too must be open to criticism. This is not just about democracy. It is about avoiding idolatry, the identifying of my image of God (whether physical, mental or verbal) with God’s own self and nature. 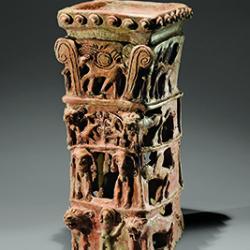 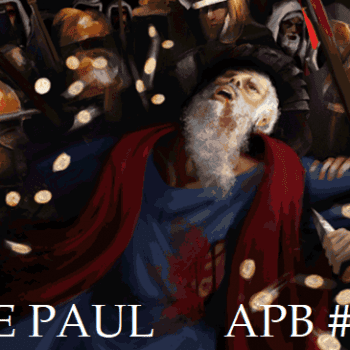 Faith in a Time of Pandemic - You...
XXIV. YOU ARE CREATED IN GOD’S IMAGE (4/7) “God created humankind in...
view all Progressive Christian blogs
What Are Your Thoughts?leave a comment
Copyright 2008-2020, Patheos. All rights reserved.