The Meanings of Life

What is the meaning of life? I finally feel I can answer this question, even if only partially, in the plural: life has multiple meanings.

The meanings of life include…

…the joy you experience when you see your child’s smile.
…the filling of the cathedral with the sounds of the choir.
…the taste of acacia honey and butter on freshly-baked bread.
…the expression on someone’s face when you deliver good news.
…feeding the hungry.

I could go on, but I suspect some may already object that none of the things mentioned above is a satisfactory explanation of our existence. I would go further than that: they aren’t explanations at all.

Part of the confusion we experience when thinking about “the meaning of life” is that we fail to distinguish between meaning and explanation. 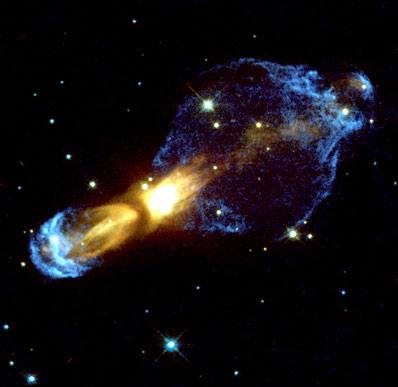 Physicists are seeking an explanation for the way the universe is. As we discussed Philip Kitcher’s book today in a faculty reading group, one of my colleagues mentioned the concept of “unexplained explainers”. Goedel’s famous theorem demonstrated that no equation or system can be entirely self-contained.

However true this might be, it may be besides the point in an important respect. Even if it turned out, as Douglas Adams suggested, that the answer to the ultimate question is “42”, such an answer should not be entirely surprising if we are dealing with the realm of explanation. Scientific explanations will point to causes and produce formulas and equations.

Meaning is something else entirely. I was not altogether happy with Keith Ward’s references to God (in his book Pascal’s Fire: Scientific Faith and Religious Understanding

) as the “ultimate explanation”. I am more inclined to agree with another colleague who suggested to me that, in general, when we talk about God we are not adding anything additional by way of explanation to whatever it is we are talking about. If we connect God with each sparrow that falls to the ground, have we in fact explained something?

For me, God is about meaning in an ultimate sense. Even when life seems meaningless to us on our level, I am persuaded that it is not genuinely meaningless, because it is part of something greater.

Nevertheless, meaning is in principle something that is produced in concrete actions and events. It is a product of how we live, rather than an explanation for why we are alive. We could all point to individuals, whatever religious or philosophical tradition we might belong to, who assented on some rational cognitive level to the teachings of that tradition, and yet lived lives that did not seem meaningful either to them or to those around them. They may find meaning within the big picture, or in relation to others, but this does not change the fact that, for all the ‘right beliefs’ they may hold, they are not themselves living and acting in a meaningful way.

I am in favor of seeking explanations. But saying that God made human beings by molding dust with his hands, or that God created us through evolution, or that evolution gave rise to us without there being any reason to mention God, we are still focusing on attempting to offer explanations. But whichever account of our origins one may subscribe to, it does not automatically lead to one living, or not living, a meaningful life.

There is also a connection between meaning and beauty, but the latter seems to be literally in the eye (or more precisely the brain) of the beholder. It is an amazing fact that the universe has evolved conscious beings that can look at it and find it beautiful. So, like the famous question about whether a tree that falls in a forest makes a sound if no one is around to hear it, we may ask whether the universe is full of beauty even when no conscious organisms behold it and find it beautiful. If not, then it becomes true to say that each of us gives meaning and adds meaning to the universe in every moment we stop to observe and appreciate beauty.

October 20, 2007 What's The Funniest Verse In The Bible?
Recent Comments
7 Comments | Leave a Comment
Browse Our Archives
get the latest updates from
Religion Prof: The Blog of James F. McGrath
and the Patheos
Progressive Christian
Channel
POPULAR AT PATHEOS Progressive Christian
1