This post includes a round up of some of today’s blogging about Expelled, a premiering today that claims to be about science and sounds likely to be mostly fiction. Higgaion has several posts about Expelled, as well as one about religion and science in the new X-Files movie, subtitled “I want to believe”. He also has a good answer to a bad question.

The Panda’s Thumb has multiple posts with reactions to Expelled from all over.

John Dennehy has six things Ben Stein doesn’t want you to know. John Pieret will, I’m sure, keep blogging about Expelled throughout the day. It is “Freedom Friday” after all. Matt’s Notepad continues its coverage. Go here for a storkist perspective. Open Parachute discusses humanism and anti-human trends in contemporary religion.

Why isn’t anyone suggesting that the earthquake indicates God’s displeasure with Expelled?

In other news, John Morehead has a post about syncretism and the emerging church. Internet Monk asks whether there is a divine protection racket. That subject merges nicely with a blog a student pointed out to me, devoted to amusing Venn diagrams like this one: 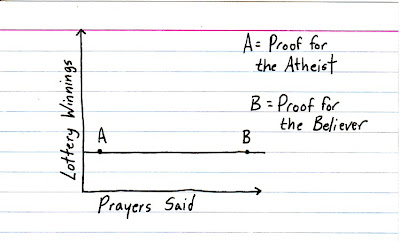