How I Know Barack Obama Is NOT The Antichrist

How I Know Barack Obama Is NOT The Antichrist June 16, 2008 James F. McGrath

There has been a lot of discussion around the internet about whether Barack Obama could be the antichrist. I hope this post will address this issue from the perspective of serious study of the New Testament rather than the popular ignorance that all to many gullible Christians in our time seem to be taken in by.

There are several key pieces of evidence one ought to consider. First, there is the First Letter of John, which is the only place in the New Testament that the term “antichrist” is used. There, the author addresses readers who have “heard that antichrist is coming”, and debunks the notion of a single such figure, affirming that “many antichrists have gone out into the world”. The defining features of an antichrist are given: one who denies that Jesus Christ came in the flesh. Since Obama does not deny this, and indeed is a Christian, Obama cannot be an antichrist.

However, many use “antichrist” as a way of referring to the figure of the Beast in the Book of Revelation. Here too, however, I can affirm with certainty that Obama is not the Beast. How can I know this? Because while lay readers ignore the wealth of information available in commentaries, academic study Bibles and other sources, scholars in fact know beyond reasonable doubt to which individual or group of individuals the Book of Revelation was referring to.

Revelation 17 played a key role in challenging me out of the view of Revelation which predominates in fundamentalist circles, known as premillenial dispensationalism. This view affirms that the Book of Revelation, with the possible exception of the first three chapters, refers to the future, i.e. our future. But in Revelation 17, we’re told that the imagery refers to a kingdom centered on seven hills (i.e. Rome), and also the heads represent seven kings, of whom five have fallen and one now is… The question that readers of the Bible must not ignore is when that now refers to. And only one answer can be given that makes any sense: the time in which the Book of Revelation was written. No other interpretation makes sense. And so the symbolism clearly refers to the Roman Empire as it existed in the time the book was written.

Once one realizes this, suddenly it becomes clear that fundamentalists are forced to believe that the temple will be rebuilt and a new Roman empire created, simply to make the world the way it was when the book was written, so that its imagery can still have a future reference. But it makes no sense to say that John refers to a series of 6 emperors, and then ignores all the others that followed until Obama became president of the United States, and suddenly he is the last one. There is nothing in the text and nothing in any form of intelligent reasoning that could make such a leap justified. 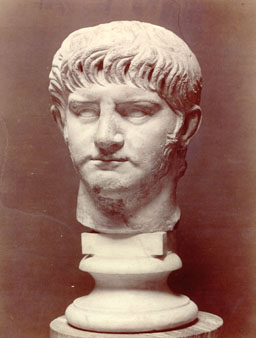 As for the number of the beast, it has been deciphered since the time of the early Church, but lay readers continue to ignore both Christian history and Biblical scholarship. The number 666 refers to Caesar Nero. The alternate number 616 found in at least one manuscript could also refer to him if his name is spelled differently; or the reference could be to emperor Gaius Caligula, who tried to have his statue placed in the temple in Jerusalem. In either case, there is a reference to a Roman emperor of the first century. Since Nero was the sixth, he seems to fit the numbering in chapter 17. At any rate, only a reference to a ruler known in the author’s time makes sense of the text’s call to the reader to calculate the number. They were supposed to work out a system whereby it would refer to Obama, a name they never heard? Once again, fundamentalism ignores what the Bible says in order to claim the nonsensical and deceive people into thinking they have the authority of the Bible behind their nonsense.

As for the Book of Daniel, it refers to the Greeks and the warrior king Alexander the Great, and then the division of his kingdom, with two kingdoms (one to the north of Judea, one to the south, i.e. Syria and Egypt) that were created by Alexander’s generals from the fragments of his empire fighting over Palestine. It even uses the same reference found in Maccabees to refer to the desecration of the temple by the Syrian king Antiochus IV: the desolating sacrilege or “abomination of desolation”. The series of empires again fits history (up to a point, presumably in the time of the author, at which genuine prediction begins and accuracy diminshes). There is no place left for a leap to our future. The only way to justify such a leap is to point out that otherwise the Bible is wrong. But again, it must be asked, why is the Bible being right more important than taking seriously what the Bible actually says?

How do I know Obama isn’t the antichrist? The Bible tells me so. It is time to turn the nonsensical challenge of the fundamentalists back on them. “Don’t interpret the Bible: JUST READ IT!” While that challenge makes no sense, it is clear that the fundamentalist doesn’t do what they say ought to be done. Having the Bible be “right” is more important than paying attention to what the Bible actually says. And a Bible that inerrantly confirms what you already think or are told to think by a pastor, irrespective of what the Bible actually says, is a dangerous belief system.