I am delighted that Barack Obama has been elected the next president of the United States. I am proud of our nation and am thrilled by what Obama’s election represents.

And yet I remain troubled, not by his victory, but by the way the language used to speak about it and about him indicates that problematic notions of race continue to be alive and well in this country.

To begin with, it seems that very few people are asking “Why is Obama black?” This may seem an odd question, so let me explain. Obama’s father is “black” and his mother is “white”. And so why is it that someone who had parents with very different shades of skin color is “black” when he is every bit as much “white”. The answer, of course, is that American society, like most societies, tends to place a child into the identity of whichever parent had the lower socio-economic status. And so my point is not merely that we have so many varied levels of melanin and shades of pigmentation in the epidermis of our nation, that having two options of “black” and “white” seems inadequate. Nor is my point that we need a “grey” category for people of “mixed race”. My point is simply that the categorization of anyone whose skin color is darker than a certain shade as “black”, regardless of how many “white” or “black” ancestors the person may have had, is a remnant of the age of racism.

To put it another way, I’m delighted to have our first “black” president, but I long for a day when the comparative shade of skin color of the candidates will not even be worth mentioning. Having reached this important juncture in our history, we need to look ahead to the next step, which is the recognition that Americans, and human beings in general, do not fit into the restrictive categories of “white” and “black” at all.

As for the term “African-American”, Barack Obama fits this description better than most. His father is African in the strict sense, and he still has family there. But here too it is important to note some issues. First, we rarely if ever speak of “European-Americans” even in reference to those who are first or second generation in this country. We also distinguish the various countries people (or their ancestors) are from in Europe: we have Italian Americans, Irish Americans, and so on. Why are people whose ancestors were from Africa not Kenyan-American or Nigerian-American or whatever? It is largely because of the fact that many of the ancestors of today’s Americans were brought here against their will as slaves, generations ago, and have no more specific connection with this or that modern nation in Africa. But given that many Americans (including a recent vice-presidential candidate) seem not to be aware that Africa is a continent on which there are many nations, here too there is an issue. It is also an issue because second-, third-, fourth-, fifth- and beyond generations of Americans of European ancestry at least have the option of being “just American”, whereas “African-American” seems to be a label that one has no choice about and which is merely a description of skin color, nothing more.

If we go back far enough, we human beings seem to have our origin as a distinctive species in Africa. There’s no one in the United States who is not, ultimately, an African-American.

Here too, my point is not to detract from the importance of the achievement of Barack Obama, and of the citizens of the United States in electing him. But having reached this watershed, we need to set our aims on the next goal: having a nation in which “African-Americans” have the same freedom to self-identify in this way or not that Americans whose ancestors came from Europe have.

I hope that one day, in the future, our descendants will simply know Barack Obama as one of the presidents of the United States of America, assuming they learn the names of the presidents as children. And I hope that, when they are a bit older, and learn what an achievement it was to be an African-American president in 2008, they will be perplexed, bemused and even shocked that the color of one’s skin or the continents of one’s ancestors made any difference to anyone in deciding whom to vote for.

November 5, 2008
Enough Already: Our Next President and the Book of Revelation
Next Post

November 6, 2008 Quote of the Day (David Ker)
Recent Comments
7 Comments | Leave a Comment
Browse Our Archives
get the latest from
Religion Prof: The Blog of James F. McGrath
Sign up for our newsletter
POPULAR AT PATHEOS Progressive Christian
1 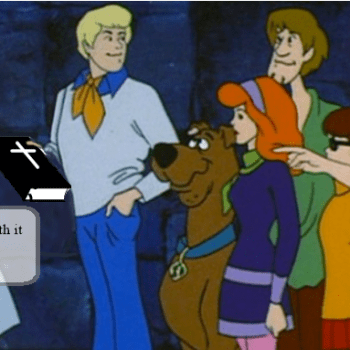 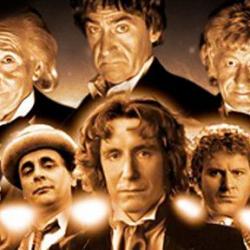 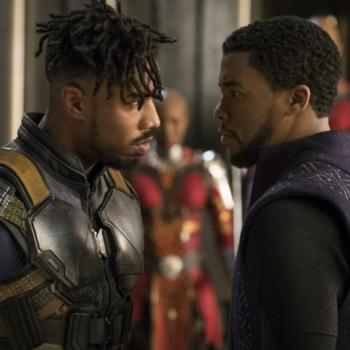