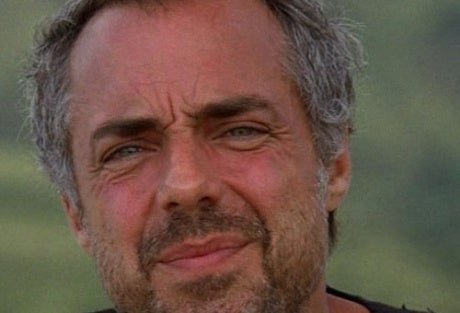 I put the “x2” in the title of this post to indicate that we not only had a double episode for the season premiere, but (at least) two different realities the stories of which are unfolding.

The best bits of dialogue in the premiere came from the man in black, having taken the form of John Locke. It was good to hear “officially” that he was in fact pathetic and used by other forces – although as I rewatched part of season 5 recently, it became clear that when one watches already knowing what would be revealed in the final episode, John is indeed being manipulated so that his identity can be stolen. But even more important were moments in the discussion with Ben. When Ben asked “What are you?” he was told that this entity is not a “what” but a “who.” When Ben said “You’re the monster” the reponse was “Let’s not resort to name-calling.” And perhaps most significantly was the statement that the smoke monster/man in black, unlike John Locke, wants to go home. What could that mean? Perhaps that beneath the island are the remains of a spacecraft that crashed long ago. Whether the smoke monster is simply one of its inhabitants or an intelligent bit of advanced technology, perhaps he has been stranded here for millennia. This would make a wonderful parallel to the story told over the course of the show – we focused on the survivors of the crash of Oceanic flight 815, and all the while this was a smaller part of a longer story about crashing and being marooned, unable to return to one’s home and family.

Perhaps Jacob is, like Richard, just a human whose life was extended indefinitely by the island’s power, perhaps by the influence of the man in black himself. In Jacob’s case, however, it happened much earlier – presumably in the era of Hellenistic Egypt, given his penchant for using hieroglyphs and Greek.

I think the missing coffin is going to be significant, because it means that when they find it, we can get Jack and perhaps others on a flight with the coffin and perhaps find that familiar results ensue. But if the island is underwater in this timeline, then it would seem that there is no island for them to go to. And then we might ask what the effects may be of the Others, the Dharma Initiative, the smoke monster and Jacob all being sunk into the sea. Maybe that’s the reason this parallel story is being told: to show how the island’s destruction would affect the human race and the planet as a whole.

Elsewhere, DocArtz is trying to match up the alternate realities and figure out just how many we are dealing with (there’s also a recap). Paul Levinson has also blogged about the season premiere. And IO9 quotes a nice interview with the producers that highlights the significance of the underwater island in that timeline – the characters who formulated the bomb plan were focused on resetting their own histories, but didn’t ask what else might be affected. There’s also a discussion of time travel without LOST in view, and even a comparison of me to various characters on the show!

February 2, 2010
Jeremiah 7:22 as Evidence for the Date of Leviticus
Next Post

February 3, 2010 Icelandic Sith
Recent Comments
8 Comments | Leave a Comment
"Sorry I didn't say congratulations right away!"
James F. McGrath Forgive Us Our Debts, Not Repay ..."
"I don't really have to. Hypocrites vigorously resist being shown to be wrong, and most ..."
Kyllein MacKellerann " QAnon Conspirituality and QAmerican Culture
"I'm not sure you'll convince anyone with that approach..."
Harold Porter QAnon Conspirituality and QAmerican Culture
"Support and responses:1> There is no means of currently making or injecting a microchip that ..."
Kyllein MacKellerann " QAnon Conspirituality and QAmerican Culture
Browse Our Archives
get the latest updates from
Religion Prof: The Blog of James F. McGrath
and the Patheos
Progressive Christian
Channel
POPULAR AT PATHEOS Progressive Christian
1