The Inerrancy of Ecclesiastes 9:2-6

I found myself wondering yet again today what those who speak of the Bible as “inerrant” do with Ecclesiastes 9:2-6. I quote them here from the NIV:

All share a common destiny—the righteous and the wicked, the good and the bad, the clean and the unclean, those who offer sacrifices and those who do not.

This is the evil in everything that happens under the sun: The same destiny overtakes all. The hearts of men, moreover, are full of evil and there is madness in their hearts while they live, and afterward they join the dead. Anyone who is among the living has hope —even a live dog is better off than a dead lion!

For the living know that they will die,
but the dead know nothing;
they have no further reward,
and even the memory of them is forgotten.

Their love, their hate
and their jealousy have long since vanished;
never again will they have a part
in anything that happens under the sun.

One irony, of course, is that this passage, which is so clearly at odds with later Christian doctrines about the afterlife, could probably be accepted as “inerrant” by many people today – but not by most Christians!

But I am genuinely curious what those who speak of “Biblical inerrancy” do with a passage like this, and hope that perhaps some readers who think of the Bible in those terms may share their views on this!

March 20, 2010
The Greatest Disagreement in the Bible? Job vs. Chronicles
Next Post 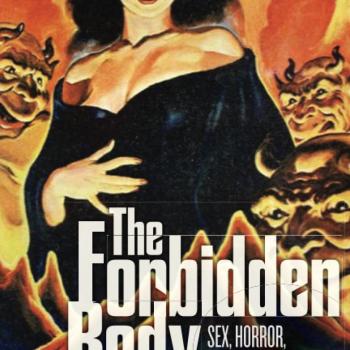