A post this morning by John Byron on what is wrong with “Rapture theology” made me think of a parable about the Rapture that Peter Rollins told. Because of what has been in the news lately, when I went to his web site to look for it, I found he had reposted it in his most recent blog entry. Here it is:

Just as it was written by those prophets of old, the last days of the Earth overflowed with suffering and pain. In those dark days a huge pale horse rode through the Earth with Death upon its back and Hell in its wake. During this great tribulation the Earth was scorched with the fires of war, rivers ran red with blood, the soil withheld its fruit and disease descended like a mist. One by one all the nations of the Earth were brought to their knees.

Far from all the suffering, high up in the heavenly realm, God watched the events unfold with a heavy heart. An ominous silence had descended upon heaven as the angels witnessed the Earth being plunged into darkness and despair. But this could only continue for so long for, at the designated time, God stood upright, breathed deeply and addressed the angels,

“The time has now come for me to separate the sheep from the goats, the healthy wheat from the inedible chaff”

Having spoken these words God slowly turned to face the world and called forth to the church with a booming voice,

“Rise up and ascend to heaven all of you who have who have sought to escape the horrors of this world by sheltering beneath my wing. Come to me all who have turned from this suffering world by calling out ‘Lord, Lord’”.

In an instant millions where caught up in the clouds and ascended into the heavenly realm. Leaving the suffering world behind them.

Once this great rapture had taken place God paused for a moment and then addressed the angels, saying,

“It is done, I have separated the people born of my spirit from those who have turned from me. It is time now for us leave this place and take up residence in the Earth, for it is there that we shall find our people. The ones who would forsake heaven in order to embrace the earth. The few who would turn away from eternity itself to serve at the feet of a fragile, broken life that passes from existence in but an instant.”

And so it was that God and the heavenly host left that place to dwell among those who had rooted themselves upon the earth. Quietly supporting the ones who had forsaken God for the world and thus who bore the mark God. The few who had discovered heaven in the very act of forsaking it.

May 26, 2011 Israel and Palestine around the Blogosphere
Recent Comments
4 Comments | Leave a Comment
"I may be exposing my ignorance here but I'm curious; if Tolkien wrote a time-travel ..."
TrevorN The Past, Present, and Future of ..."
"You're scare-quoting the Prof on failing to serve being failing to love. Sorry, Jayman, that's ..."
Jennifer A. Nolan Baking Cakes and Paying Taxes in ..."
"James said"Although Paul doesn't mention women among those who saw Jesus in 1 Corinthians 15!"Yes, ..."
John MacDonald ChristianBooks Q&A: What Jesus Learned from ..."
"Dennis MacDonald draws some interesting parallels between the Greeks and Christianity (although he does take ..."
John MacDonald ChristianBooks Q&A: What Jesus Learned from ..."
Browse Our Archives
get the latest from
Religion Prof: The Blog of James F. McGrath
Sign up for our newsletter
POPULAR AT PATHEOS Progressive Christian
1 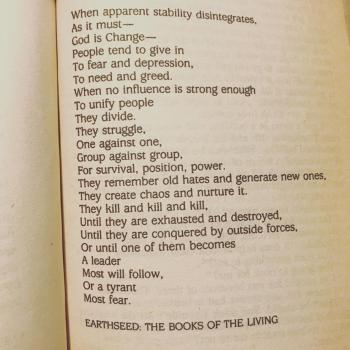 Progressive Christian
The Parable(s) of the Sower
Religion Prof: The Blog of James F. McGrath 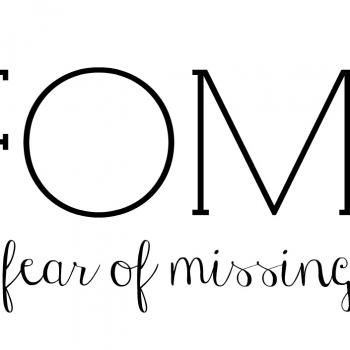 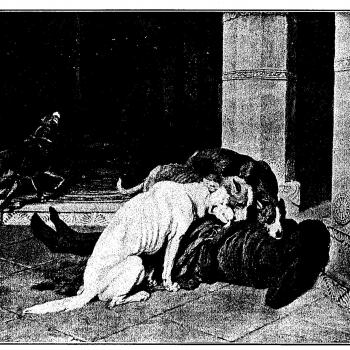 Made, Known, Loved: Developing LGBTQ-Inclusive Youth Ministry
A new book by Ross Murray A Review Ross Murray is well-known...
view all Progressive Christian blogs
What Are Your Thoughts?leave a comment
Copyright 2008-2021, Patheos. All rights reserved.
error: Content is protected !!