My last day in Israel (which I decided to write about separately from my account of the airport, where my time in Israel ended) included a visit to a some 3,000-year-old Phoenician fortress, and seeing a tomb belonging to one Jehoshua of Sachnin. Local Muslims, as well as Jews and Christians, come to the tomb to kiss the stones. A couple of local gentlemen mentioned that this rabbi’s father’s name was Jacob. There is a Jacob of Sachnin mentioned in the Talmud, who wanted to heal someone in the name of Jesus. Since the tomb has been renovated or rebuilt at some point, looking for indications of its earlier history is probably futile, even if one decides that this tomb does indeed have a connection with this figure. And in many instances, tombs are adopted later as belonging to a famous figure of this or that religious tradition. Nevertheless, the confluence of Christians venerating a tomb that might belong to a Jewish-Christian rabbinic family is striking. 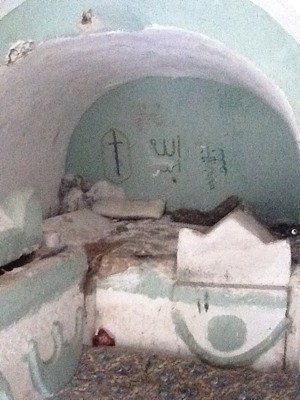 After exiting the tomb and bumping my head slightly, a couple of older Muslim gentlemen showed up. They told us some of the information I already mentioned above, as well as a local belief that if someone is a sinner and enters the tomb, they will hit their head. They had a good laugh when they learned that I had done so. 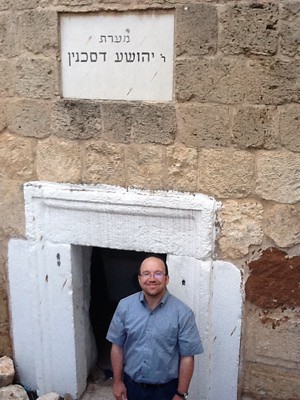 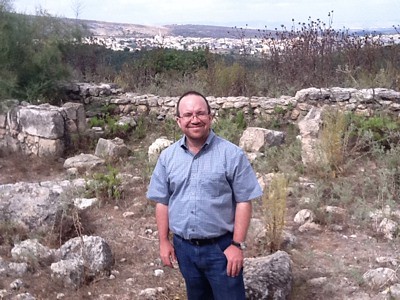 June 30, 2011 Blogging Israel with an iPad
Recent Comments
0 | Leave a Comment
Browse Our Archives
get the latest from
Religion Prof: The Blog of James F. McGrath
Sign up for our newsletter
POPULAR AT PATHEOS Progressive Christian
1

Resilience and the Church in the Age of...
Once when Antony was living in the desert his soul was troubled...
view all Progressive Christian blogs
What Are Your Thoughts?leave a comment
Copyright 2008-2020, Patheos. All rights reserved.