Review of Earl Doherty’s Jesus: Neither God Nor Man chapter 8

After quite a long hiatus, I am now able to resume blogging my way through Earl Doherty’s book Jesus: Neither God Nor Man. The main focus of chapter 8 is the idea that Paul’s Gospel and the Jesus at its center was revealed in Scripture rather than in historical events such as the life of an actual historical human person named Jesus.

The chapter gets several things right and mentions important information about the context of earliest Christianity – and yet consistently manages to interpret those details as leading to mythicism. For instance, Doherty rightly emphasizes the importance and indeed centrality of Scripture for many Jews in this period, and that there were groups that interpreted prophetic texts as referring to themselves and their own experiences (p.84). The Qumran community are presumably the example par excellence of this phenomenon. Doherty somehow never seems to realize that, if the earliest Christians were similar, this would naturally fit a scenario in which they interpreted prophetic texts as referring to their own historical experiences, including of a historical Jesus. Part of the problem is presumably that Doherty has bought hook, line and sinker the Christian apologists’ claim that Jesus is predicted precisely in prophecy (p.86). Were this in fact the case, then it would be natural to suspect that Jesus was invented or at least radically rewritten to accomplish this precise agreement. But in fact, the agreement is far less precise than apologists would have you believe, and while critical scholarship has highlighted this time and again, mythicism shows itself to be uncritical and naive at this particular point.

A case in point is Isaiah 53. Doherty does not appear to have investigated the text in any detail, or even to have read it in a more careful manner than Christian apologists do. He sees, as they do, a precise prefigurement of Jesus, never mentioning that the servant in the “Servant Songs” of Deutero-Isaiah is explicitly said to be Israel, nor ever noticing that Isaiah 53 fits Christian interpretation of the significance of Jesus’ death, rather than the details narrated about that death itself, whether in epistles or Gospels. While Doherty reads Paul through the lens of Christian interpreters and thinks that he may have derived from Isaiah 53 the key elements of his Gospel, a critical reader would note the lack of explicit citations from or unambiguous allusions to Isaiah 53 in Paul’s letters.

Once again, mythicism is engaging the Jesus of Christian faith and apologetics, and thinking that it is dealing with the subject of the historical figure of Jesus.

Doherty also notes in this chapter that the Messiah was, in terms of the origin of the concept at least, a human figure. While Doherty rightly notes that some (most famously the Similitudes of Enoch) came to think of this figure as kept in heaven, prepared for the day of salvation, he wrongly assumes that this was at odds with or in contradiction to the expectation that the figure would appear in human history.

A more natural connection to draw between the background texts Doherty cites and early Christian texts would have been to understand the early Christians to have looked back and found their experiences and expectations for the future prefigured and predicted in Scripture.

Doherty repeats the common misunderstanding of Midrash as a firm of Jewish literature that combined Scriptural texts into a new narrative. I am going to venture a guess that Doherty has never read an actual work of Jewish Midrash. The ongoing perpetuation of this misunderstanding is unfortunate. If Doherty had wanted to find a parallel to the “discovery” of celestial rather than historical “realities” in Scriptures, he would have done better to spend less time discussing prophecies and misunderstanding Midrash, and instead focused more time on the Platonic allegorizing approach of Philo. The latter is a poorer fit with most of the New Testament, but at least Doherty would have chosen a cookie-cutter mould that was in the shape he was trying to force the New Testament evidence to take.

It is perhaps worth mentioning that the issues of whether Paul believed Jesus to have been a human figure who appeared in history, and whether he derived them from Scripture, are at any rate separable. Paul could presumably have derived belief in a human terrestrial Messiah from Scripture in the same manner that Doherty posits that he derived a purely celestial one.

There are many other problematic points that could be mentioned, including the claim that Jesus can be of the Davidic line in the celestial realm, but since Doherty once again inexplicably postpones his treatment of this key claim until later, I will do the same. So let me close by mentioning once again the dubious character of Doherty’s claim that “Jesus” was “an ideal and natural name for a savior deity” because it means “Yahweh saves” (p.85). This ignores (1) the fact that most Hebrew names had some such religious meaning and would have served equally well, (2) that this is a common human name and such names were not normally given to celestial beings, and (3) those who were most likely to care about the meaning “Yahweh saves” were those least likely to invent a “savior deity” other than Yahweh himself.

And so, once again, the only points that are accurate and/or of value in this chapter can be found in mainstream scholarship, not so unhelpfully obscured by being intermingled with error, misuse of terminology, and unpersuasive arguments as they are here.

[UPDATE: I decided to delete the original conclusion to this post and end it here instead] 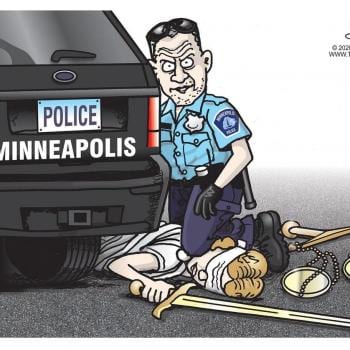 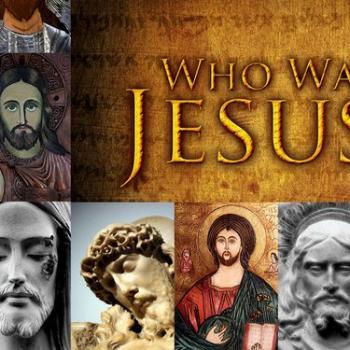 Progressive Christian
The Latest on the Historical Jesus and the...
Religion Prof: The Blog of James F. McGrath