The mysterious “objective queer Bible scholar” BW16 has been interacting with Larry Hurtado over the question of which languages and tools are to be considered essential to New Testament study. (See posts 1 and 2 by Hurtado on this topic and 1, 2 and 3 by BW16).

There are two questions that need to be kept distinct: which are essential per se, and which if any additional languages are we going to require students to know to work on a PhD in this field in a particular socio-linguistic context.

The answer to the first question is rather simple: Koine Greek. Depending on what one is doing in relation to the New Testament, other languages may also be important: Aramaic, Hebrew, and perhaps even Syriac, Coptic or Latin.

Note that I have not yet mentioned any modern languages.

The truth is that there are a great number of modern languages which, if one does not know them, then they will miss a great deal of important scholarship on the New Testament. Clearly there are languages such as English, French, and German, as well as Spanish and Italian, in which a significant number of modern works of critical scholarship may have been written that are crucial to the investigation of a particular question.

Predicting which one(s) will be crucial, however, is more difficult.

I went into my PhD studies with fluent French and so-so German, and discovered that while an enormous amount has been written about the Gospel of John in French, the works that were most relevant to my own research tended to be in German.

Larry Hurtado is right to point out that a great many of us do not have the strength in the essential language(s) that we ought to. Indeed, I remember Larry pointing out in my viva a gaffe in Greek that I had made in my dissertation. It was an error regarding the tense of a verb made out of carelessness early in the process, which then went unnoticed by not only me, but a significant number of other people who read the draft of that chapter, throughout the rest of the process until the viva.

But if I had shown that I not only was capable of flubs but unable to read the Greek text and discuss it intelligently, presumably I would have and should have failed. A PhD in New Testament without a good grasp of Koine Greek is a contradiction in terms. Here’s a situation that Hurtado described in his post:

In one case, the examiner suspected that the student didn’t know koine Greek very well.  So he put a Greek NT on the table and asked the student to read out and translate a passage (one directly involved in the thesis).  The student couldn’t even pronounce the Greek and couldn’t translate it.

Pronunciation of some sort is a sine qua non of knowing a language, but there are disagreements about the best way to pronounce Koine Greek, and so I would be content that someone pronounce New Testament Greek in one of the accepted manners (I can also add that I love the way the native speaker of modern Greek pronounces things on the CD that accompanies Mounce’s textbook). With a dead language (including a dead classical form of a living language) pronunciation may involve separate skills from reading. That certainly is the case with Mandaic, and not only Koine Greek. But if you not only struggle to pronounce the text but cannot understand it, then you have not learned something essential to New Testament study. 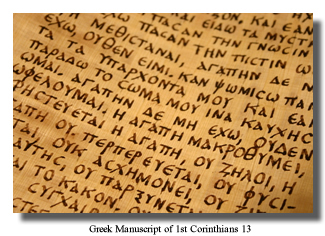 Let me be clear as well that I am not envisaging testing to ensure knowledge of every single word form in the New Testament (some of the hapax legomena can be acquired later or simply looked up at some point when one’s research or teaching eventually turns to that text). Nor am I envisaging asking someone to parse words. Being able to read and understand fluently is a different skill than parsing, and I am much more impressed when someone reads a word and understands it, than when they read a word, rattle off “second aorist active indicative third person singular” and then struggle to explain what that means.

As Hurtado says, one also needs to have a grasp of how to use a critical edition and take variant readings into account.

As for BW16’s points (which I think sometimes are at cross purposes with Hurtado’s or are attempting to read more into Hurtado’s statements than I find there), I would add that one ought to approach a PhD expecting to interact with anything that has been published that is relevant, and to learn languages they didn’t foresee needing. If something comes to your attention in Malayalam or Japanese or Swedish, learn the language and/or pay to have the work translated into English if necessary.

There is no way for scholars to begin a PhD knowing every language that may perhaps be relevant. I think that requiring certain languages (ancient and modern) makes sense, but one also ought to go into research expecting that as one scratches beneath the surface, working with ancient texts in Ethiopic and reading recent scholarship about them in Russian turns out to be necessary.

Edwin Yamauchi gave the keynote address at a conference I attended, and spoke of finding himself in a class at university (presumably Brandeis) at which texts in a variety of ancient languages were circulated to students in a seminar to discuss in small groups. One student raised his hand to point out that he didn’t know one of them (maybe Ugaritic or Akkadian), to which the professor replied: “This isn’t kindergarten. Learn the language!”

Major advancements have been made in language pedagogy, and current technology also offers assistance that has never been available before. If we are not learning new languages over the course of our studies and our scholarly careers, then something is very wrong.

September 5, 2011
Classic Doctor Who: Four to Doomsday
Next Post