Doctor Who: Starting Again From The Beginning

Doctor Who fans may be wondering what to do between now and the next new episode, the Christmas special that is a few months away.

I’m planning to re-watch or at least listen to all Doctor Who episodes, beginning from the very beginning. I’ve seen many of them before, but have not watched or listened to most of the lost episodes. And so a substantial number of the episodes from the time of the first two Doctors will in fact be at least somewhat new to me.

I encourage other fans to do the same, and hold a classic Doctor Who blog-a-thon! 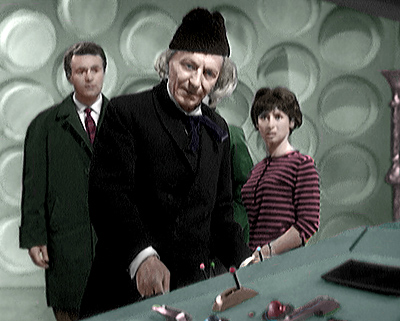 Today on the way to work I listened to the first installment, the pilot episode, the first part of “An Unearthly Child.” In it we learn a great many things that have remained true throughout the series. The Doctor is from another civilization, he is in exile (he doesn’t say whether this is self-imposed, accidental, or for some other reason). We learn that the Doctor is impatient with those who don’t comprehend things that are simple for him and his people (this will soften over time with increased interaction with humans). We learn that the Doctor lies. We are told that TARDIS is a word that Susan made up – later in the show, it will be used by other Time Lords, but only gentle harmonization would be necessary at this point, since Susan may well have thought that she was the first to pronounce the initials “Time An Relative Dimensions In Space” in this way – or it may just be that “TARDIS” became how the TARDIS translated for us viewers the term that Gallifreyans used in their own language. 🙂

From day one, this figure and his mysterious ship were a mystery. And since they were living in (the TARDIS in) a junkyard with the name “Foreman” on the sign, we learn from the beginning that Susan’s surname “Foreman” is an alias – as indeed her first name might well be, too.

Anyone else plan to re-watch Doctor Who from the beginning? It seems a preferable way of using the time between now and the next new episode than exploring novels or fanfic (not that those are not also worthy undertakings). If you plan to listen to classic episodes, be aware that the audio version of many of the classic episodes lacks narration, and so may not be well suited to listening on the go, in the way that the lost episodes are with the added narration. And so watching those episodes that still can be, and listening to the missing ones, may be the best way to go about it. 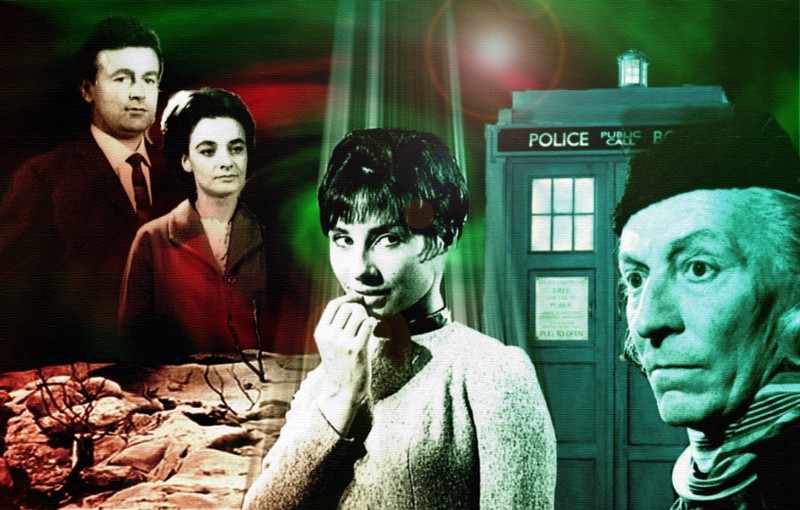 October 2, 2011
Is Progressive Christianity the Last, Best Hope for Christianity's Future?
Next Post

October 3, 2011 Doctor Who Mini-Episode: Death is the Only Answer
Recent Comments
8 Comments | Leave a Comment
Browse Our Archives
get the latest from
Religion Prof: The Blog of James F. McGrath
Sign up for our newsletter
POPULAR AT PATHEOS Progressive Christian
1