As we began reading and discussing Goethe’s Faust

in my freshman seminar class, I decided to raise an even bigger question than the ones that we had been tackling so far this semester. I asked them what the meaning of life is.

One student raised his hand and said “42.” 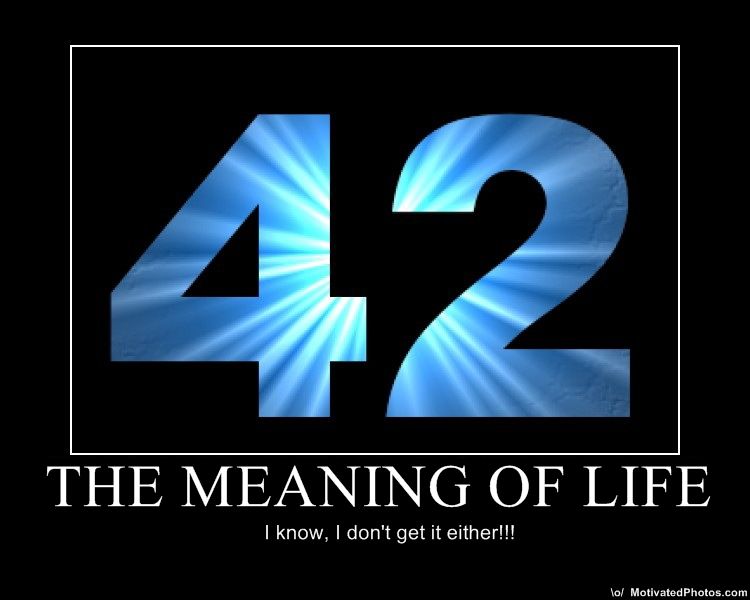 I had to explain it for some students. But Douglas Adams’ famous treatment of this topic actually fit what I hoped we would talk about nicely. Students proposed answers, in particular “happiness,” in a way that soon made evident that they were not at all sure what the question was – just like the characters in Adams’ novel The Hitchhiker’s Guide to the Galaxy

, who get the answer only to discover that they don’t know what the question is. We’ll be talking more about this next time.

, the Lord tells Mephistopheles that Faust serves him in confusion, but soon he will achieve clarity. He also suggests that figures like Mephistopheles are necessary in order to keep humans from becoming stagnated and complacent. Could it be that the very notion that there is a state of permanent bliss that we can achieve, and having achieved it cling to it satisfied that we have at last reached our goal, is the confusion that the Lord refers to in Faust

is not Faust’s state of restlessness, but his mistaken notion that he ought to be able to find satisfaction and leave that restlessness behind?

November 5, 2011 Doctor Who: The Sensorites
Recent Comments
0 | Leave a Comment
Browse Our Archives
get the latest from
Religion Prof: The Blog of James F. McGrath
Sign up for our newsletter
POPULAR AT PATHEOS Progressive Christian
1