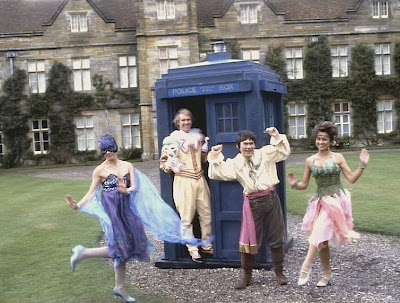 ” from the Peter Davison era stands out as atypical in several respects. Not only is it relatively short (consisting of only two roughly half hour parts) but instead of the Doctor and his companions finding themselves in seemingly ordinary circumstances and discovering that something bizarre is going on, this time they seem to be in their usual bizarre circumstances, and things turn out to be more mundane.

While a later Doctor would encounter Agatha Christie and find that more than a mere murder mystery was confronting them, in this episode what could be suspected to be an alien or monster turns out to be something much closer to home, and for that reason tragic. 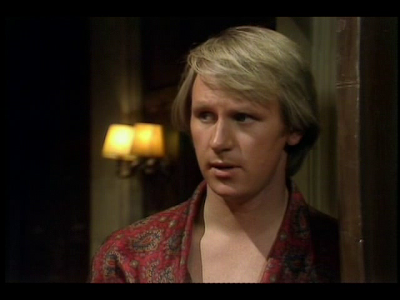 Those who’ve seen the episode “The Doctor’s Wife” will think of that episode when the TARDIS materializes on Earth once again, and the Doctor asks the TARDIS why it seems drawn to that planet at the moment.

It is also a fascinating episode because the Doctor spends a significant portion of it in a bathrobe/dressing gown, and about as much in a harlequin costume. And the expression on his face as he gets suspected of murder is priceless.

While the episode seems unusual now, and probably did even at the time, it actually goes back to a common type of episode from early in the history of Doctor Who: a story in which the only science fiction element is the fact that the Doctor is a time lord and their technology has brought the show’s main characters to be where they are for the episode in question.

December 21, 2011 Christmassy Planetary Mnemonic
Recent Comments
0 | Leave a Comment
Browse Our Archives
get the latest from
Religion Prof: The Blog of James F. McGrath
Sign up for our newsletter
POPULAR AT PATHEOS Progressive Christian
1