Doctor Who: Arc of Infinity The Doctor Who episode “Arc of Infinity” is well-known among fans for several reasons, perhaps most of all because it witnessed the first appearance of Colin Baker on the show – not yet as the sixth Doctor, but as the Gallifreyan commander of the chancellery guard, Maxil.

Colin Baker was only one of many such instances during the show’s history: Nicholas Courtney, Lalla Ward and Karen Gillan being other actors and actresses who appeared on the show for a role in an individual episode, and then returned to play a main character. Colin Baker is, however, the only one to return to play the Doctor – so far.

If you had to pick an actor (or actress) who previously appeared on the show to play the Doctor in the future, who would you choose, and why?

Rather than discuss the details of the episode – which has some great elements, and some not so great ones that presumably reflect the state of special effects more than anything else (why would the breakdown of a magnetic containment field around a person made of antimatter cause them to slowly turn greenish and gross?) – let me highlight one detail that might relate to a more recent episode, “The God Complex.”

When the time comes for the Doctor to be executed on Gallifrey, something that marks a rare but not unprecedented act for the time lords in that period, we hear a somber alarm that announces the occurrence, and it sounds much like the cloister bell in the TARDIS.

Could that be what the Doctor heard in his room? If so, what would it signify? Fear of death – not in the sense of death leading to regeneration, but fear of extinction? Fear of his inability to get his own people off of a course towards callousness and murder? Fear of Omega? Something else? And who is the “who” that represents it in the room?

It may be that there is no connection. But given the efforts the Doctor put into avoiding his own seemingly inevitable death at the end of the last season, I wonder whether the sound in his room in “The God Complex” might not have been drawn from “Arc of Infinity” rather than it being the TARDIS’ warning alarm. 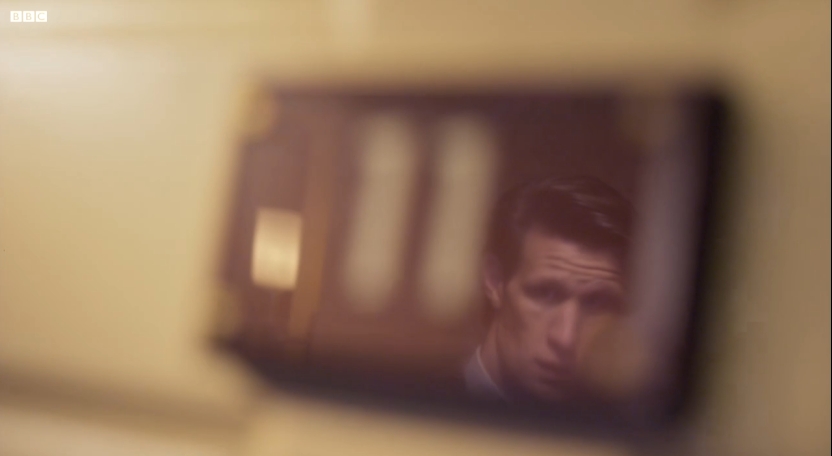 January 3, 2012 If You Can't Have the Bible You'd Love, Love the Bible You Have
Recent Comments
4 Comments | Leave a Comment
"I see they defined 'historical' as prior to WW1."
Bob MacDonald #CFP Recovering Female Interpreters of the ..."
"Surely 'historical' is a misplaced modifier. James - you will see a candidate here - ..."
Bob MacDonald #CFP Recovering Female Interpreters of the ..."
"I abhor podcasts. But go ahead; just don't cease the text version !!"
olbab ReligionProf Podcast with Ruth Hayhoe about ..."
"Yes, logistically speaking, there's a world of difference, especially for Protestantism. I think the best ..."
Phil Ledgerwood Come Compromise at Crooked Creek Baptist ..."
Browse Our Archives
Follow Us!