Doctor Who: The Five Doctors

” is the famous 20th anniversary special from 1983 – which of course serves to remind us that the 50th anniversary is approaching. Many are wondering what sorts of special(s) might be in the making for that occasion.

The episode is famous, and any fan of the show has surely seen it. Rather than try to summarize it (especially as the blog TEGAN has just done that), let me highlight a few key moments that are of significance in relation to the show’s continuity down to the present day.

First, there is the fact that the time lords offer the Master a completely new regeneration cycle in exchange for his help. The possibility of exceeding the limit of twelve regenerations is a real one. We don’t know how it would work or what would be involved, but at least the continuation of the show beyond a thirteenth Doctor would not involve a major break in continuity (the show has had more than enough of those already).

There also seems to be a hint at the Doctor having great significance, since the Master states that “The cosmos without the Doctor scarcely bears thinking about.” An odd statement from one’s archnemesis. Was he just being sarcastic? The expression and tone did not seem to indicate sarcasm.

I loved when the fifth Doctor said of his original self “I used to get a bit tetchy. Fortunately one mellows with age.” But I would have liked to hear Peter Davison’s Doctor respond to the first by addressing him as “young man.”

I was delighted when the third Doctor said that he planned to do what he always does – improvise. And of course, he reversed the polarity of the neutron flow.

I was annoyed when Susan sprained her ankle – I didn’t know the significance of that when I saw it previously. Even if it was an ironic recollection of what happened to her over and over again when she was on the show, it bothered me that even now, as an adult, that still seemed to be her part to play in the episode. I hope at some point they tell us more of her story – with no sprained ankles involved, or perhaps even better, having it turn out that she sprained her ankle so often because she had a device embedded in her ankle that would allow the rebooting of the universe should it ever be destroyed (or something like that). 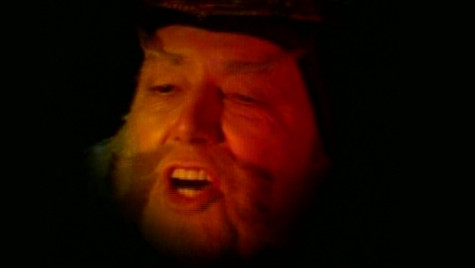 The details about time lord history were fascinating. The reference to the time scoop and games was interesting, since of course the Doctor found one of his people helping another species do the same thing in “The War Games.” The idea that there are rumors and legends which conflict with the official history about Rassilon was either brilliant or nonsensical – either the time lords have some rules about allowing time to flow in order on Gallifrey, or otherwise why would no time lord simply pop back and check on what actually happened?

One theme that is a perennial feature throughout Doctor Who and its spin-offs is the idea that immortality is a curse, not a blessing.

The ending of “The Five Doctors” is delightful, with the Doctor cheerfully responding to Tegan’s question about whether he was really going to go on the run from his own people in a rickety old TARDIS by saying “Why not? After all, that’s how it all started.”

Who do you think will make guest appearances on the show for the 50th anniversary? Past Doctors? Past companions? Will they use lookalikes or CGI or some other means to bring characters played by actors who have passed away into the episode? What new things do you think we’ll learn about the character of the Doctor, his people, and the show’s mythology? What would it be like if they tried to make “The Eleven Doctors”?

Let me conclude with a spoof mash-up someone made of The Five Doctors. Fans will find it hilarious! The second part is, in my opinion, even funnier than the first. Enjoy!