Doctor Who: The King’s Demons 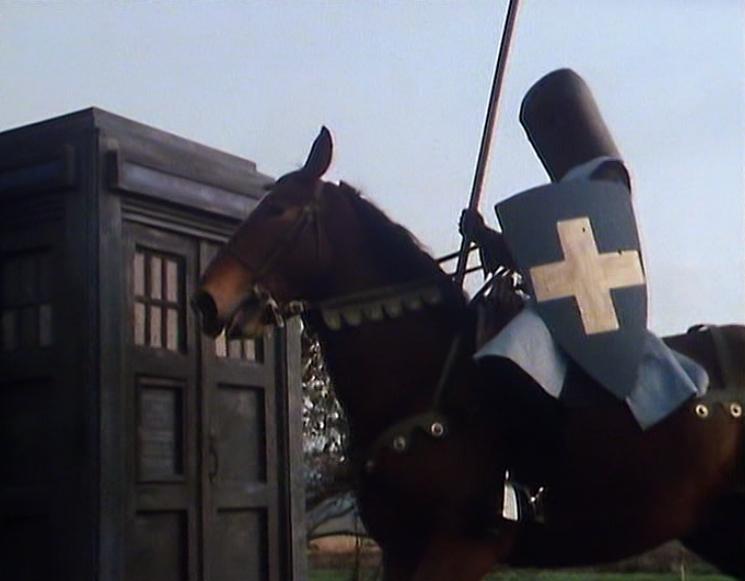 The Doctor Who episode “The King’s Demons

” is a short (two-part) and fairly entertaining tale about the Doctor and his companions arriving in the time of King John and the Crusade, shortly before the signing of Magna Carta. The Doctor finds the Master there working to change history so as to prevent Magna Carta from being signed and thus hinder democracy and leave more room for his despotic rule. This reflects, however subtly, a Western colonialist perspective – the notion that democracy throughout the universe spreads from Earth and ultimately from England is ethnocentric in the extreme.

The Doctor and his companions are identified as “demons” and there is mention of Lilith and of the Devil in the episode. The Doctor scoffs much as one would expect based on past experience (see my discussion of the episode “The Daemons”). The familiar sci-fi trope of advanced technology being misperceived as the supernatural is to the fore again.

This episode introduces Kamelion, who comes aboard the TARDIS, but as a result of the cutting of a scene from “The Awakening” and technical problems with the robot prop, ends up appearing only in one additional episode after this one, “Planet of Fire.” 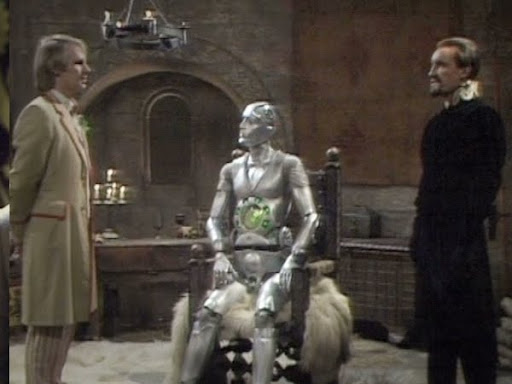 January 16, 2012
Martin Luther King and the Quest for a Just Society
Next Post

January 17, 2012 Moses and the Screenwriter
Recent Comments
0 | Leave a Comment
"Thanks. I can't wait to share the full cover. Soon..."
James F. McGrath What Jesus Learned from Women Cover ..."
"Looks really good!"
Phil Ledgerwood What Jesus Learned from Women Cover ..."
"“Often wrong, never in doubt.”I’ve seen this printed on tees, needle pointed on pillows, and ..."
Tony Wilson White Supremacy, Christianity, and the Capitol ..."
"You Da man! Did exactly what u said and it took care of the problem. ..."
Jose Beiro Solving the Annoying Flashing Input Menu ..."
Browse Our Archives
get the latest from
Religion Prof: The Blog of James F. McGrath
Sign up for our newsletter
POPULAR AT PATHEOS Progressive Christian
1