The blog Irtiqa got to a topic that I was hoping to mention. It already seemed to me that the snowflake (which in many parts of the Northern hemisphere is readily available for observation at the moment) provides a great illustration of what is wrong with Intelligent Design. Looking at a snowflake, it would be easy to say that something so beautiful, so ornate, and so logically and precisely structured must be a product of an intelligence. 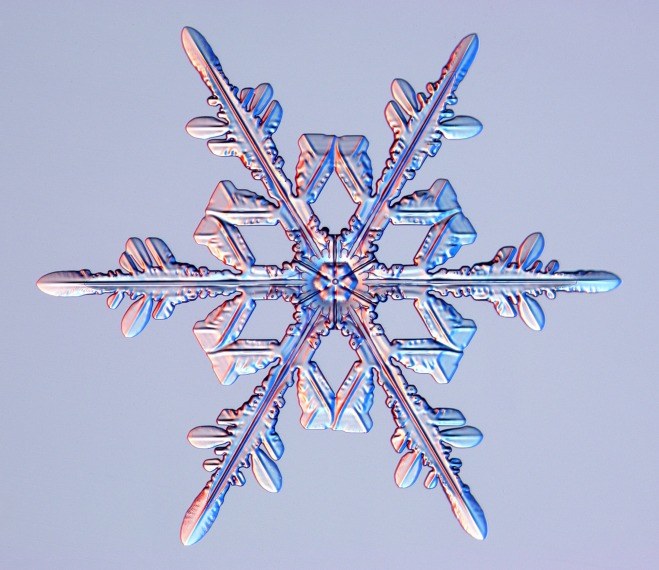 That’s perhaps even more the case when one sees a relatively rare sort of snowflake (at least rare for human beings to see), such as the simple prism or triangular crystal:

Why should anyone doubt that these are the work of an intelligent Designer?

Because we understand the processes that are involved, and can replicate them.

Those who either object that aspects of biological organisms must have been designed because they appear designed or resemble the work of human planning, or because a detailed scientific explanation has yet to be offered for every aspect of a particular component, clearly have not been paying attention to the history of science.

Irtiqa’s post which I mentioned at the start of my own looks at Kepler’s brilliant attempt to explain the snowflake in terms of natural processes – and his disappointing retreat into the supernatural when he failed to do so.

If there is one thing that science has learned by our time, hopefully, it is that the appropriate response to a failure to explain is to keep trying.

Ironically, as Paul Wallace pointed out in his recent article “Intelligent Design is Dead: A Christian Perspective”, Kepler is on the whole a good example of why Christians should reject Intelligent Design. Kepler’s overall approach was that the universe is designed, and therefore it should be intelligible. ID says the opposite: if something is unintelligible, that is evidence of design.

The religious believer can delight in the snowflake as evidence of a Creator who, rather than needing to intervene in order to make each snowflake, rather than having “storehouses of snow,” created a universe that is endowed with the ability to produce such objects of beauty.

When religious believers fail to approach biology in the same way, they turn what could be a reason for rejoicing into a battle that leaves them and their faith associated in the minds of many with lies, deception, opposition to learning, and the peddling of pseudoscience.

If you are in the second category rather than the first, please take a lesson from the snowflake. You might or might not be right in your religious beliefs, but at the very least you may avoid being wrong in your scientific ones – and making your religious beliefs look foolish because of your unnecessary repudiation of science. 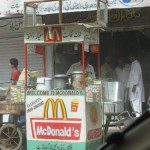 January 3, 2012
History is to Mythicism and Science is to Creationism as McDonald's is to...
Next Post