The Burial of Jesus, the James Ossuary, and the Talpiot Tomb

I’ve been revising The Burial of Jesus: History and Faith

and I hope a second edition of it will be available as a ebook at some point in the future. One topic that has given me pause is the intersection of the questions related to the New Testament evidence, the James Ossuary, and the Talpiot tomb.

The subject is addressed in a new article in The Bible and Interpretation by Kevin Kilty and Mark Elliott, “Regarding Magness and Talpiot.” In it, the authors respond to Jodi Magness’ treatment of the Talpiot tomb in her book, Stone and Dung, Oil and Spit: Jewish Daily Life in the Time of Jesus

(a book I’m currently reading and hope to review in the coming weeks).

It seems to me that, if it can be demonstrated scientifically that patina corresponding to an authentic inscription is there on the whole of the James Ossuary inscription; and if it can be shown that comparing patina using minerological analysis allows one to trace an ossuary to a specific tomb; and if it can be shown that the aforementioned analysis indicates that the James Ossuary came from the Talpiot tomb, then it would seem to be reasonable to conclude that the Talpiot tomb probably contained at some point the bones of Jesus, his brother, and other relatives including a son of Jesus.

But at the moment, those are big ifs.

One of the reasons I wrote The Burial of Jesus

was to address the aversion that many religious believers have to historical study. On the one hand, historians discuss awkward topics such as whether a place where Jesus and his son were buried has been found. They may answer “no,” but many religious believers consider even the question inappropriate. On the other hand, historical study even when it lends supporting evidence to the reliability of texts, it only does so with probability, not certainty. 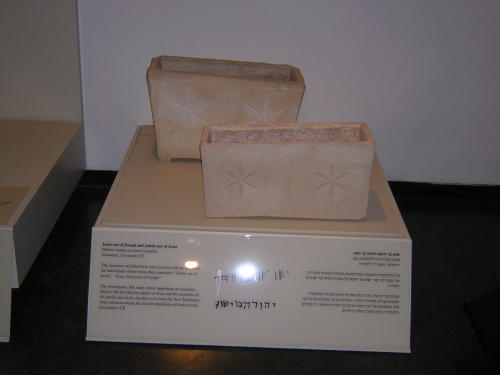 I remember on my visit to Israel last summer listening to two visitors from Italy translating the description of what one of the ossuaries from the Talpiot tomb, which were on display there, said: “Judas the son of Jesus.” They said it twice, each time sounding as though they couldn’t believe what they were reading. They probably weren’t even aware that there was more than one “Jesus” and more than one “Judas” in the first century. They didn’t know what to do with the apparently tangible and highly disconcerting objects in front of them.

It is crucial not to attempt to dismiss unsettling subjects like this one because of one’s faith tradition believing that the evidence can’t possibly mean this or that. Whether the Talpiot tomb is a place where Jesus or his bones were buried at some point must be decided based on the evidence, and nothing else.

Read the article in The Bible and Interpretation, then come back here and let me know your impression. My own view is that the possibility cannot yet be ruled out, but neither is the authenticity of key evidence or the reliability of the methods used beyond dispute. And so if a revised version of my book is published sooner rather than later, I will be hedging my bets.

But that is the nature of history, and the challenge of relating it to faith. Its conclusions are always provisional, and subject to revision in light of new evidence, or further study of old evidence. 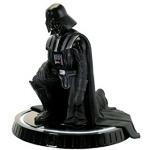