Hebrew Fail in Left Behind II (and what it says about today’s End-Times Christianity) March 3, 2012 James F. McGrath

Fred Clark shared an image from the movie Left Behind II: Tribulation Force, a movie that he has been blogging about (and highlighting the problems and the shortcomings of). I share it because it illustrates well a problem with the approach to the Bible reflected in the Left Behind series and the view of the “end times” assumed in it. Here’s the photo. Can you see what they did to make the “Hebrew” part of it? 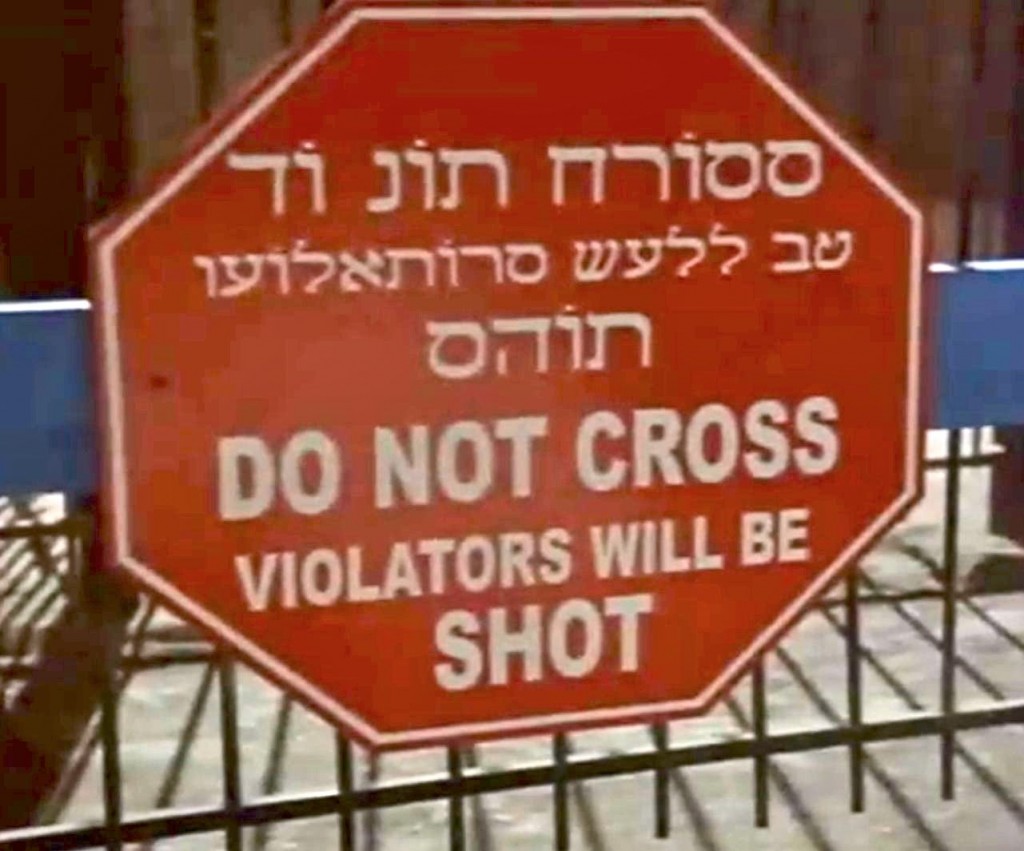 You probably have worked out by now that the “Hebrew” part of the sign was created by switching the English words into a Hebrew font, with no attempt even to change it to the appropriate direction of Hebrew, much less translate it. (People who actually know Hebrew are more prone to miss this at first, since they will instinctively keep trying to read it from right to left.)

This says a lot of important things about the Left Behind approach to the end times, such as:

This still image from the movie is thus worth highlighting, as it really does illustrate a great deal about what is wrong with the “Left Behind” system of thought. It is technically known as premillenial dispensationalist eschatology, but few of its adherents know that – which likewise is illustrative of an important fact about this viewpoint. Few of those who view the end times in this way know where these views come from, and what ignorance of the Bible and other relevant considerations it is based on.

March 4, 2012 Is Revelation 17:9-10 the Decisive Evidence against the End-Times view of Revelation?
Recent Comments
21 Comments | Leave a Comment
Browse Our Archives
get the latest from
Religion Prof: The Blog of James F. McGrath
Sign up for our newsletter
POPULAR AT PATHEOS Progressive Christian
1