Translating (Away) The Son of God

I’ve been meaning for some time to come back to a topic that has been garnering attention, the news that some Bible translations aimed at predominantly Islamic contexts were not using the phrase “son of God”, ever since I circulated an online article mentioning the news and was met with expressions of concern because that particular piece posed the matter in an inflammatory manner. (See Eddie Arthur’s blog post and longer pdf for more information.) 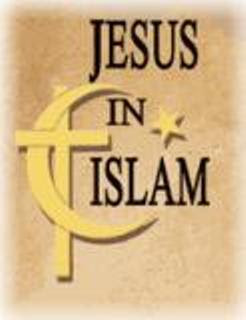 When it comes to this issue of translation, I think that replacing “son of God” with something else can not only appropriate, but in keeping with the spirit of the history of Biblical translation.

Keeping the same words, or the closest equivalents in a target language, does not guarantee preservation of the same meaning. And sometimes it achieves precisely the opposite.

The phrase “son of God” in a Jewish context in the first century could mean several things, from angel to king to righteous human being. It did not mean “God the Son, the second person of the Trinity,” nor did it mean “the offspring of divine procreation involving two deities or a deity and a human being.”

In the Qur’an, the concern that motivates polemic against saying God has a wife or a son is a concern for monotheism. This reflects the context in which Islam emerged. It was a concern which, interestingly enough, all or at least most of the New Testament authors shared. As Seumas Macdonald points out, the term “son of God” did not, in New Testament times, denote something at odds with monotheism.

John Piper is of the view that the risk of misunderstanding was there from the beginning, and so the risk should continue to be taken today. I don’t think that logic follows. We see New Testament authors adjusting language for a variety of contexts. The Gospel authors took the risk or translating “son of man” literally, in spite of the phrase being open to misunderstanding or incomprehension on the part of Greek speakers who didn’t know a Semitic language. But Paul didn’t take that risk. And while the Gospel of John took the risk of relating Jesus to the pre-existing (pun intended) concept of Logos (usually translated as “Word”), other authors did not. And so to assume that one should simply “take the same risks” as NT authors, irrespective of context, is to ignore the contextual sensitivity that the New Testament authors themselves exemplify.

And so there is nothing inherently wrong with avoiding the phrase “son of God” if the connotations of that phrase are so negative, and so far from what the phrase meant in the original languages and context, that misunderstanding will inevitably ensue. Would readers agree?

Also on the subject of translation, see Zeba Crooks’ piece in The Bible and Interpretation on the need for a secular translation of the Bible, uninterested in ensuring that the outcome seems to meet the standards of inerrancy, morality, or anything else that religious believers may be concerned about, skewing the fidelity of translation in the process. Also potentially of interest are Jim West’s negative comments about the idea, which I think lose something in the translation.

What do others think? Is something like the phrase “son of God” essential to Christianity and to the Bible in translation? Why or why not?

March 9, 2012
Phil Long Reviews The Burial of Jesus
Next Post