Doctor Who: The Face of Evil

The episode “The Face of Evil

” from the Tom Baker era is famous for introducing Leela as the Doctor’s companion. For those interested in the show’s treatment of religion, it is also famous for its content. It originally bore the title “The Day God Went Mad.”

The Doctor lands on a planet where remnants of more advanced technology are valued and even worn as totems connected with the god whom they worship, Xoanon. The episode begins with Leela being tried for heresy, and eventually accused of blasphemy. She is banished, and bumps into the Doctor. Their banter about religion over the course of the episode covers interesting ground. For instance, when Leela says there is no point in praying if one doesn’t expect an answer, the Doctor says there are some theologians who might dispute that. When Leela says she doesn’t know what to believe any more, the Doctor says that sounds healthy. And when she asks if the Doctor knows all the answers, the Doctor sagely observes that answers are easy – it is asking the right questions that is difficult.

It would be easy to regard an episode in which the religious leader wears a hat like this as simply poking fun at religion: 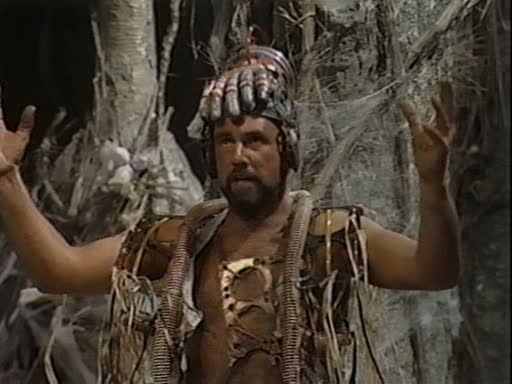 But while the episode explores the classic and well-worn trope of advanced technology being misunderstood in religious terms by less technologically advanced people, the episode builds from there in interesting directions, including some really interesting twists. For instance, it turns out that the people, descended from survivors of a crashed spacecraft, were being manipulated in a eugenics experiment by Xoanon, who is a computer that became sentient. What’s more, we learn that the Doctor had been to the planet before and had tried to help the survivors of the crash fix the computer by imprinting his own mental pattern on it. Except the computer had not been broken, but in shock from becoming sentient, and with the Doctor’s personality imprinted alongside its own nascent one, Xoanon became quite mad.

Other interesting points of discussion about religion include the observation made at one point in the episode that once one has proof, faith is no longer needed. Mention is also made towards the end of the last part of the problems that result if one tries to force facts to fit one’s views rather than vice versa.

On the whole this is one of the key episodes to include if one is trying to offer a comprehensive survey of the intersections of Doctor Who and religion. 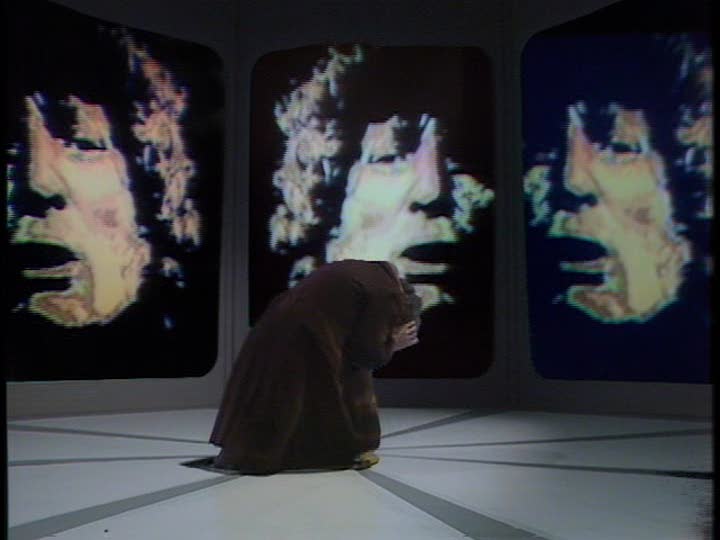 April 23, 2012 Letter from Ned Ludd to the Mythicists
Recent Comments
2 Comments | Leave a Comment
"I've been thinking about this notion of death as sleeping in the dust of the ..."
John MacDonald The Contradictory Dates for the Birth ..."
"My biggest complaint about Patheos is that these articles show up that are very interesting ..."
Keith Hunt Evangelicals and the Big Lie
"I especially like your point about how having to "accept" a doctrine of Bible inerrancy ..."
Harvey James Johnson Evangelicals and the Big Lie
"We don't know who wrote the authentic letters of Paul? Paul thinks he has witnessed ..."
Mark S The Contradictory Dates for the Birth ..."
Browse Our Archives
get the latest updates from
Religion Prof: The Blog of James F. McGrath
and the Patheos
Progressive Christian
Channel
POPULAR AT PATHEOS Progressive Christian
1