Fragment of the Original Copy of the Gospel of Mark Discovered!

Fragment of the Original Copy of the Gospel of Mark Discovered! April 1, 2012 James F. McGrath 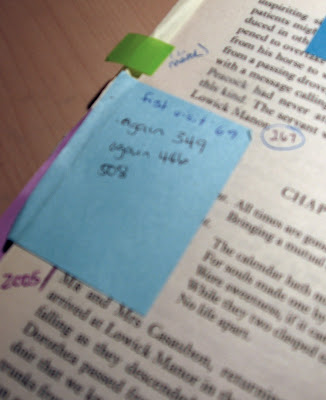 The fragment is written on papyrus and is in Elizabethan English. The identification of the text as that of the original copy of the Gospel of Mark is based on a post-it note that was attached to the fragment, which reads:

Mark, please copy this into Koine Greek for use in our time. Send the original to England. They’ll need it later. Thanks, Pete.

New Testament scholar A. P. Ril, who is one of the strongest supporters of the manuscript’s authenticity, will discuss the provenance of text in a chapter in a forthcoming book, in which he connects the manuscript with yet another of this year’s headline-making discoveries, The Chamber Pot of the Twelve Apostles, which was found in the Talpiot neighborhood of Jerusalem.

The book The Chamber Pot of the Twelve Apostles is available for pre-order on the Eisenbrauns web site.

Although some scholars had earlier suggested that the image on the side of an ossuary found in a tomb in that area was a fish, Ril argues that, when the image is oriented correctly and perspectival adjustments are made using photoshop, it becomes clear that the image is in fact a chamber pot, one that would have been used perhaps by Jesus himself, but certainly his earliest followers.

Plans are already underway for a documentary for the Discovery Channel.

Meanwhile, some scholars have expressed skepticism about the find’s authenticity. However, no tests to date the manuscript can be undertaken, experts say, until the ink with which it was written has completely dried.

April 1, 2012 Darth Vader on the Washington National Cathedral
Recent Comments
12 Comments | Leave a Comment
"Under the old covenant (ten commandments), people were (and still are) racists and sexists. For ..."
Herrnhut Was Jesus a Racist?
"Reconciliation is a two-way street, restoring a broken relationship between two people. God does indeed ..."
Iain Lovejoy Forgive Us Our Debts, Not Repay ..."
"Excellent. God is not, and does not want to be, an accountant; keeping a ledger ..."
Harvey James Johnson Forgive Us Our Debts, Not Repay ..."
"Don't confuse forgiveness with reconciliation. Jesus tells us to forgive people who sin against us, ..."
Derek Thompson Forgive Us Our Debts, Not Repay ..."
Browse Our Archives
get the latest updates from
Religion Prof: The Blog of James F. McGrath
and the Patheos
Progressive Christian
Channel
POPULAR AT PATHEOS Progressive Christian
1