Doctor Who: The Seeds of Death

The Doctor Who episode “The Seeds Of Death”

The Doctor and his companions arrive in what appears to be a space museum. It seemed odd that the Doctor should be so delighted, given what happened in the episode “The Space Museum”

The episode usefully explores the impact of technology on our lifestyles and sense of adventure, as well as the impact of dependence on technology when that technology fails. T-Mat is used to keep food and other resources moving around the globe. When it ceases to function, it is the “most primitive” areas which are the least devastatingly affected.

The attempt of the Ice Warriors to turn the Earth into a world hospitable to them provides a good opportunity for discussing the idea of “terraforming.” Humanity’s survival into the distant future will presumably require finding new places to live. Mars is actually one of the top candidates to be transformed into a world habitable by humans – we’d need to find a way of spinning up the planet’s molten core to generate a magnetic field capable of shielding the planet from damaging cosmic rays, perhaps by introducing a large moon into orbit around it. We also need a way of transforming the thin Carbon Dioxide atmosphere into a rich Oxygen-laden one. Neither is impossible in theory – and IO9 just yesterday posted about weather control technology of the sort which appears in this episode of Doctor Who, as well as in the earlier episode “The Moonbase

.” But the question of whether terraforming procedures would be appropriate on another world if there were already living things on the planet in question, and if so what our responsibility would be to them, is a moral question that should be asked well before humans actually have the need or capacity to transform worlds into ones we can inhabit. 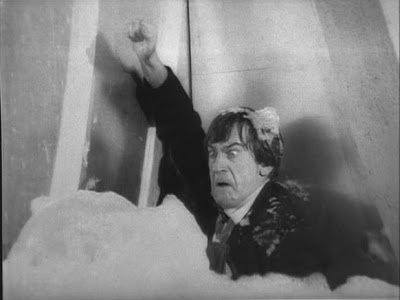 June 5, 2012 Transit of Venus
Recent Comments
0 | Leave a Comment
Browse Our Archives
get the latest from
Religion Prof: The Blog of James F. McGrath
Sign up for our newsletter
POPULAR AT PATHEOS Progressive Christian
1