Many will point to Jesus' words about divorce, in the context of which he quotes Genesis 2, as evidence that Jesus believed Adam and Eve were literal people, and will then on that basis argue against modern biology, or claim this proves that he supported the view of marriage as involving only one man and one woman.

The evidence does not support the claim that Jesus took that text literally, but in fact, suggests precisely the opposite.

Here's the passage from Mark 10: 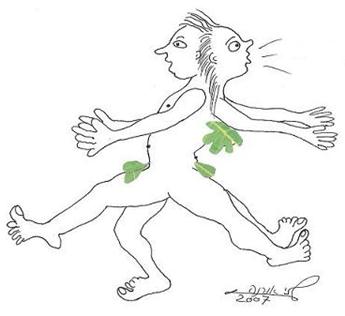 “It was because your hearts were hard that Moses wrote you this law,”Jesus replied. “But at the beginning of creation God ‘made them male and female.’ ‘For this reason a man will leave his father and mother and be united to his wife,and the two will become one flesh.’ So they are no longer two, but one flesh.Therefore what God has joined together, let no one separate.”

Note what Jesus actually says. “What God has joined together.” Not “What God has split from one to make two. The text Jesus quotes in Genesis encourages such a metaphorical or symbolic reading, when it says that the two become one flesh. In the story, the characters literally are one flesh – no becoming is required. And so it ought to be clear, if one is reading carefully and closely, that the story is symbolic of that experience of finding another person that seems like our “other half.” It is not about one person literally being split in two, but two separate people coming together and becoming one flesh.

Once again, conservatives show themselves to pay little attention to the details of what the Bible actually says, and to have little sensitivity for the appreciation of symbolism and metaphor.

Not surprisingly, Jesus turns out to have been a more faithful and careful interpreter of Scripture than many of his followers.

August 4, 2012 Quote of the Day (Vorjack)
Recent Comments
29 Comments | Leave a Comment
"I tried ChatGPT to have it describe me with some basic info on me I ..."
David Garshaw ChatGPT-3 Imitates James McGrath
"KJV people"
Thomas Dickensheets Fundamentalist Church History Chart
"That's kind of a weird coincidence but I was just commenting on the extraordinary claims ..."
John MacDonald Extraordinary Claims and Extraordinary Evidence
"I think it's Rudy Guiliani (seen here https://www.youtube.com/wat... interacting with a famous friend of Jeffrey ..."
Choose Wisely Kirk Cameron at the Indianapolis Public ..."
Browse Our Archives
Related posts from Religion Prof: The Blog of James F. McGrath 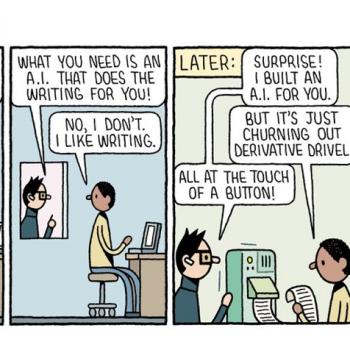