Doctor Who: Spearhead from Space

When Doctor Who returned to begin the era of the Third Doctor, with the episode Spearhead from Space

, it really started with a bang. This episode introduced the Autons and the Nestenes, and I am struck by the fact that when Doctor Who started up again after its long break, the writers and producers chose to start again with that same foe. Perhaps it was the resounding success of the era of Jon Pertwee playing the Doctor, which injected new life (as well as technicolor) into the show in that time.

I do not recall ever seeing this episode before now. It was delightful to see Jon Pertwee trying to keep something of the spirit of Patrick Troughton’s frequently comical portrayal of the Doctor alive in his performance. I’ve seen many episodes from the Pertwee era, and the Third Doctor always seemed to me a much more severe and serious character than Troughton’s rendition before him or Tom Baker’s after him, more so than any other, perhaps even William Hartnell, who for all his severity had a whimsical streak.

The episode introduced the character of Liz Shaw, a skeptical scientist reminiscent of the character of Dana Scully on the X-Files. Indeed, the way the Brigadier explained UNIT to her made it seem very much like that Fox Mulder’s branch of the FBI, or Torchwood.

The conversation between the Brigadier and Liz recalled the first episode of Doctor Who, exploring human skepticism towards talk about aliens and advanced technology. This theme features prominently during the Pertwee era, and as I have explored on this blog before, the signals it sends are mixed. On the one hand, human skepticism of the sort I just mentioned is a hindrance to accepting what is really going on in the world of the show. On the other hand, the Doctor himself always insists that there must be a scientific explanation for things.

This is a great episode, and one that no Doctor Who fan should fail to see. The idea of the Doctor being stuck on Earth for the foreseeable future took the show in a new direction, even though it would not be long until the Doctor was able to get his TARDIS working again. That it was not working properly was of course par for the course from the beginning of the show, and so this was perhaps a less radical change of direction than the one that would be introduced later, namely that of the Doctor having a properly-working TARDIS and being able to choose where to go, and return back to where he had been. 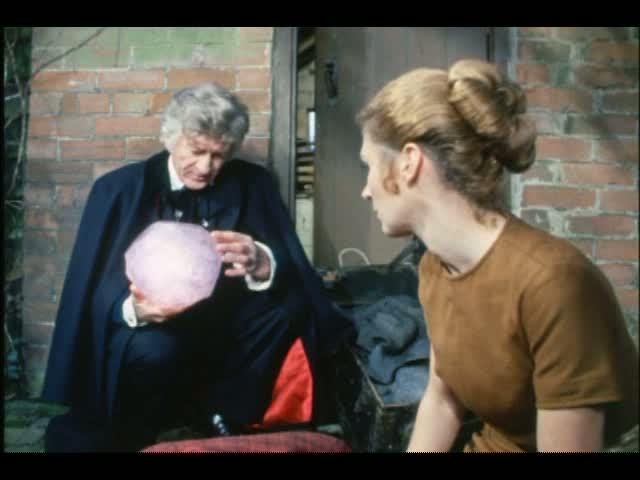 August 5, 2012 Salmon Fishing in the Yemen
Recent Comments
1 Comment | Leave a Comment
"Intriguingly enough, since you mentioned "No one has suggested that Jesus was merely a carbon ..."
Chris H #JohnTheBaptist Enoch Seminar Nangeroni Meeting Day ..."
"Bestest post,..... My daughter who is incapable of being on the internet due to genetics ..."
davidt Evil In the Youth Group
"From my perspective this comes from a really problematic tendency in neo-liberal thinking to promote ..."
Chris H Jesus Wasn’t Unique
"It definitely seems memeworthy to me!https://uploads.disquscdn.c..."
James F. McGrath Evangelicals, Objective Truth, and the MSM
Browse Our Archives
get the latest from
Religion Prof: The Blog of James F. McGrath
Sign up for our newsletter
POPULAR AT PATHEOS Progressive Christian
1