Doctor Who: The Greatest Show in the Galaxy

Doctor Who: The Greatest Show in the Galaxy August 24, 2012 James F. McGrath

Those who are not fans of Doctor Who will read the title of this post and think that I am going overboard in my praise of the show. Fans will know that I am in fact referring to the episode from the Sylvester McCoy era of the show, the final episode of his penultimate season, which had the title “The Greatest Show in the Galaxy

It is in fact interesting to ask whether the potential for confusion was intentional. It would not be hard to treat the episode as a parable about Doctor Who, deliberately and subversively told by the writers. [SPOILERS AHEAD]

In the episode, a once great show, the Psychic Circus, is now a run-down pale shadow of its former glory. This is due to the show having been taken over by the gods of Ragnarok, who demand that they be entertained, and disintegrate any act that fails to entertain them.

One could even imagine this being directly addressed at the firing of Colin Baker, and the attempt to push the show in a direction that was more frivolous and entertaining by certain standards, but as a result left people afraid to try anything new, creative, or deep, of the sort that made the classic show great even in spite of technical and budgetary limitations. 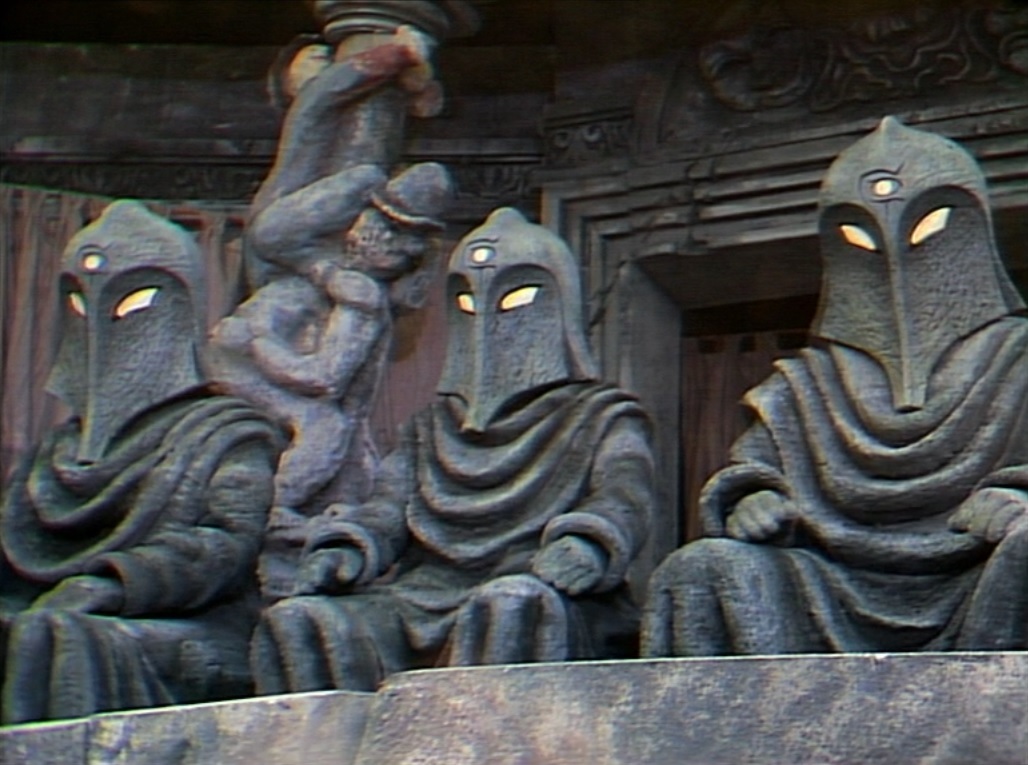 Towards the end, the Doctor confronts the gods in their own dimension, and keeps them entertained with cheap magic tricks until his companions bring him an amulet which – as so often in science fiction – for some reason is the key to bringing about their downfall.

The use of a tried and true – but not particularly plausible – sci-fi motif in this way is either disappointing, or brilliantly subversive.

The fact that there are gods in the episode provides an obvious religious connection, and Ragnarök is in fact a name derived from Norse mythology, although its use in that context does not have any obvious relation to the characters on the show – unless it too is subversive, since it has been suggested that the very phrase “gods of Ragnarok” could be construed as “the gods of the end of gods.”

The apocalyptic overtones of the term are interesting, since this was not only a season finale, but the finale of the next to last season before the show would stop being made for quite a few years.

You can watch the episode on DailyMotion: