Doctor Who: The Mind of Evil 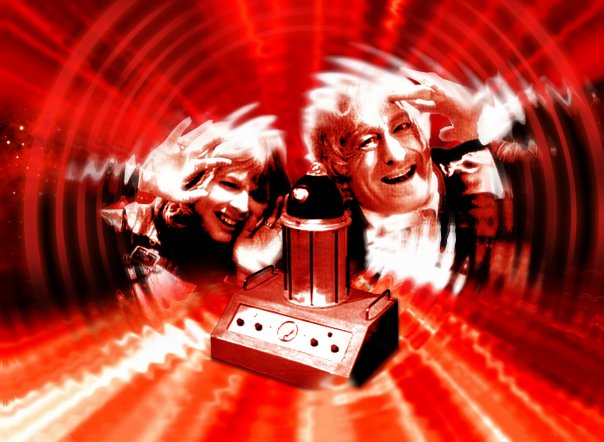 This Doctor Who episode from the Jon Pertwee era, “The Mind of Evil

,” offers interesting explorations of religious themes, as well as some intriguing connections with (or perhaps disconnects from) more recent episodes.

The Doctor and Jo Grant go to see a demonstration at a prison of a device called the Keller Machine, which supposedly removes “evil impulses” from a human being. The reference to “evil impulses” is reminiscent of the Rabbinic term yetzer ha-ra, and the episode raises the same question some rabbis did, namely whether the so-called “evil impulse” is not something necessary to human existence, and thus to be tamed rather than eliminated.

As a result of a mishap, a test subject, Barnham, has all his evil removed. When asked about Barnham’s condition after undergoing the process in this extreme fashion, the reply is that he is now “an idiot or a saint” – and that the distinction depends on one’s perspective. The idea that a saint is an idiot – or that a seemingly idiotic person may be a saint – could be taken as an insult aimed at saints, or one aimed at society’s perception of those who lack the selfishness, pride, anger, and other characteristics that may bring success or criminality – depending on one’s perspective.

Before discussing the ending of the episode, which returns us to these considerations, let me mention a few very interesting but passing details.

First, the Doctor begins to say at one point when flustered that he has “been a scientist for many thousands of…” Presumable the lowest unit of time that could be inserted is “years” and this would make the Doctor much older than his current typically-offered figure of 900. Has the Doctor been lying about his age, or is this just a continuity error?

The Keller Machine turns out to be the work of the Master, and to have within it an alien intelligence that feeds off of evil. It may thus try to overpower a potential victim by projecting a hallucination of their greatest fear. While later on he sees his various classic enemies, the first time the machine tries this on him, we find out what the Doctor’s greatest fear is: he says that he once witnessed an entire world consumed by fire, and thus fire was what the machine projected. Presumably fire is not what the Doctor saw in the hotel room in “The God Complex” but it is still interesting to compare how the idea of what the Doctor fears most may have evolved and changed over the course of the show’s history.

In this episode, we also find the Doctor to be proficient in a dialect of Chinese – and to have previously practiced it in conversation with Mao Tse Tung!

When the Chinese diplomat to whom he is speaking offers a goodbye in his dialect, the Doctor replies with its equivalent in English, which is very interesting for those interested in religion on Doctor Who. The Doctor replies. “May God go with you also.”

The Doctor says at one point that “It pays to have a pure mind after all.” This fits nicely the discovery that the machine – or better, the entity within it – is kept dormant by the presence of that innocent soul Barnham from whom all evil had been removed. But when the Doctor uses the machine to defeat the master, Barnham goes to his aid, allowing the Master to escape.

This raises the classic question about pacifism: can pure unadulterated kindness ultimately prevail? Or does it take evil, in whatever small a measure, to effectively combat evil? The message seems to be that it is the Doctor’s cunning which could have in theory beaten the Master, while sainthood simply leads to martyrdom.

It is a profound question, I think, and so let me ask those reading this: Does it take evil to overcome evil?

August 6, 2012 Excuse of the Day
Recent Comments
4 Comments | Leave a Comment
Browse Our Archives
get the latest from
Religion Prof: The Blog of James F. McGrath
Sign up for our newsletter
POPULAR AT PATHEOS Progressive Christian
1